Uber May Be Paying Women Less for Driving Better 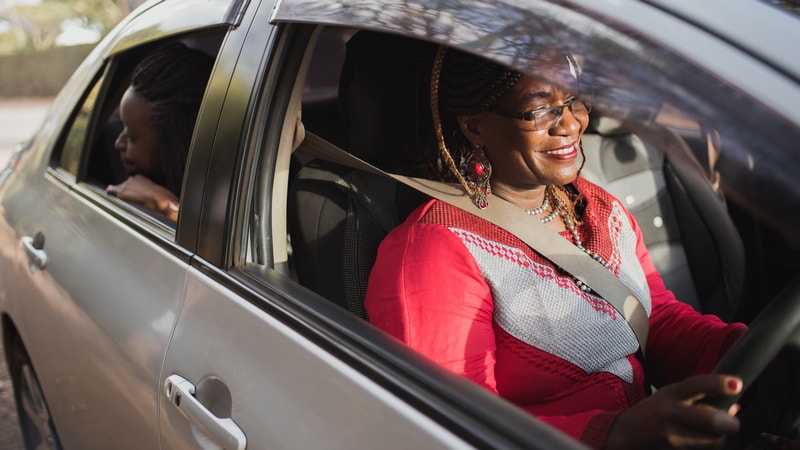 Uber is trying to defeat the gender pay gap by relying on an algorithm that has no idea whether drivers are men or women. But is it working? A recent paper studying more than a million drivers reached a conclusion: not so much. Men earn about 7 percent more than women do, as it turns out.

This could be taken as proof that -- just as Google engineer James Damore wrote in a memo that got him fired -- women are just different from men, and they do things differently at work. More likely, however, the situation is an example of our excessive trust in flawed algorithms that perform important functions, determining, for example, how work is rewarded.

The way Uber pays drivers, indeed, rules out some common causes of gender pay gaps. There's no negotiation involved, so there's no advantage from bargaining harder. There's no direct reward to working more hours per week (well, some bonus schemes do reward it, but the authors of the paper say they don't have a material effect on the data). And, since a driver only works when he or she wants to, Uber isn't reluctant to pay women as much as men because they tend to prioritise family: Everybody gets paid strictly for driving people around.

For the paper, the economists calculated the average total earnings of a driver per hour of availability on the Uber app in the US. Almost 1.9 million drivers, 27.3 percent of them women, provided the data between January 2015 and March 2017.

During that time, Uber changed how it paid its drivers, uncoupling their remuneration from the cost of the trip to the passenger in mid-2016. Now, in Chicago, a driver is paid $1.70 (roughly Rs. 110) as base fare, then 20 cents per minute and 95 cents per mile. These fees are multiplied by a surge coefficient when demand for cars is high. That change, of course, makes little sense to Uber's (largely discredited) narrative that it's not a taxi company but a platform that brings together drivers and riders. If it were such an intermediary, it would just charge a commission on what the passenger paid the driver. Instead, by setting up a reward system as if it were the drivers' employer, Uber pushes them toward certain behaviours. It appears that men get the hint better than women do. In addition to that, the algorithm rewards males' greater propensity for risk-taking.

According to the paper co-authored by academics working for Uber, Stanford and University of Chicago, some 48 percent of the gender pay gap is explained by speed alone. Male drivers go an average of 2.2 percent faster than female ones, which results in higher pay when miles pay better than time.

But the researchers don't believe men drive faster to make more money. They point out that, even when running an errand or commuting, men are usually more disposed toward flooring it. "We believe we can describe this speed difference across genders primarily as a difference in preferences that happens to have a productive value on Uber rather than a response by male drivers to the incentive to drive faster," the researchers wrote. "Others have shown that men are more risk tolerant, both in general and when driving in particular."

Another 36 percent of the gap is explained by experience. Women drive much fewer hours per week than men do, so they take longer to learn the tricks of the trade -- such, as, for example, cancelling rides strategically when a driver senses the ride won't be worth it for him or the customer may force him or her to wait longer than usual. I rather think experience also includes various ways of gaming the Uber system; a study last year -- disputed by Uber -- showed drivers could organise mass "switch-offs," logging off in concert to create an artificial shortage of cars and turn on surge pricing.

Where the drivers' work explains the rest of the gap. Men tend to head to areas where wait times, and the rides themselves, are shorter.

The researchers' own conclusion is that, even in a neutral Uber environment, "gender-based preferences (especially the value of time not spent at paid work and, for drivers, preferences for driving speed) can open gender earnings gaps." That's a rather disappointing ending to the story, though, since the really important question to ask is whether the same factors that contribute to higher earnings for male drivers also benefit passengers.

There's a known causal relationship between higher speed and crash rates. Speed limits are arbitrary numbers; in general, the faster you go -- whether within the limits or not -- the higher the probability of an accident. Does it make sense to reward taxi drivers for more risk-taking? As a passenger, I'd prefer if the reward weren't there.

The same goes for "experienced" Uber drivers' superior skills at cancelling rides and picking the ones that'll make the most money. As a passenger, I'd be in favour of a system that would punish, not reward, such "learning." And the value of a ride is much higher to me in an area where few cars are around than in one with high demand and lots of cars whose drivers want to charge the surge rate -- largely because these are usually areas with other transport options in which I won't be stranded even if Uber is suddenly unavailable.

Besides, I'd generally feel safer with a driver who doesn't push himself or herself too much by working insanely long shifts, something I've heard many drivers complain about in order to earn a living wage. Judging by the data in the Uber paper, women tend to be far less fanatical -- and thus, on average, probably less exhausted and more attentive.

These, of course, are just my personal preferences. But the researchers, given their access to Uber data, could easily check whether average driver ratings are correlated with the earnings-maximising behaviour -- and with gender. They didn't do so for this particular paper, which is a shame. These correlations might help show how neutral Uber's algorithm really is.

What we want from a cab ride is to get from A to B and have the fewest negative feelings in the process. The principles on which drivers are paid, however, don't quite align with this simple goal.

In other words, women may actually be making less for doing their job better, from a customer's point of view. We're told, however, to accept the algorithm that creates the pay gap as neutral. The next step for Uber and other companies that write off pay gaps in favour of men to "gender-based preferences" is to sit down and consider whether the "male" way of doing things is actually better -- or maybe the reward system is out of whack.

Bershidsky is a Bloomberg View columnist. He was the founding editor of the Russian business daily Vedomosti and founded the opinion website Slon.ru.

Facebook Use of Personal Data Illegal, Rules German Court
iPhone X, iPhone SE, Other iPhone Models Available With Up to 50 Percent Discount With Exchange, Other Offers