Paint 3D: Has Microsoft Ruined Paint for Everyone or Given It a New Lease of Life? 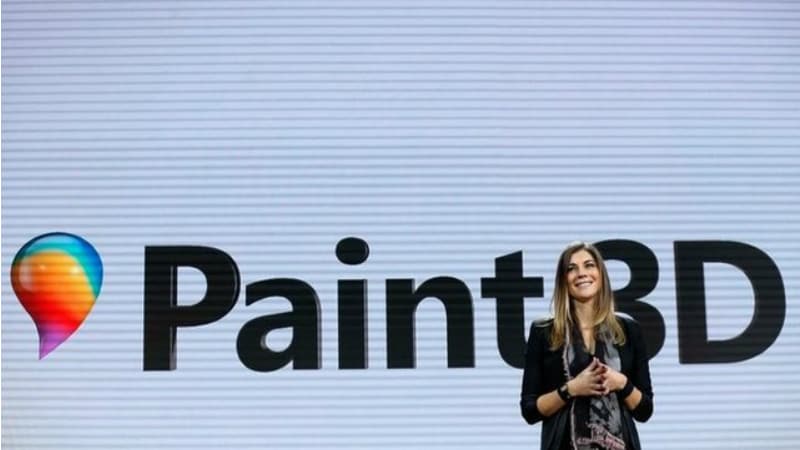 Microsoft announced on Wednesday that Paint, the basic image creation and editing desktop software that everyone and their grandmother has used at some point in their life, is now going 3D with the Windows Creators update. Paint 3D will let you create 3D images and share them with others on SketchUp, or even Facebook (time for some 3D memes, maybe?). You can also export your 3D creations to Minecraft, or even bring them to the real world if you have a 3D printer.

The message is clear: Paint is not just for crude doodles anymore. It's for well-crafted doodles now. Jokes aside, this raises a question: did Microsoft just ruin Paint for everyone, or did it give the software a new lease of life?

Paint was never anyone's primary image editor, but it received a lot of love because of the ease of use as well as the nostalgia factor, not to mention the LOL-worthy images that were created in Paint and shared all over the Internet. And then there were those artists who proved to everyone that creating amazing drawings with just MS Paint is possible too. Though there were many haters, Paint has also held a place in the hearts of Windows users who doodled on it while waiting for the ultra-slow Internet of the 1990s and 2000s to connect.

With this update though, Paint 3D has transformed into a performance-oriented software aimed at those who want to create quality original 3D content. You can take a photo with your smartphone (from all angles), transfer the file to Paint and edit it in 3D mode with just one tap. Not only can you do basic alterations to the captured image, but you can also superimpose other objects to create a new 3D composition. Options such as resizing images, adding stickers, using a 3D brush to fill in different colours, are all here. You can even create custom emojis to share with your friends. Remix is giving users a library of 3D objects for the new Paint, while SketchUp is the source of 3D clipart. Community sharing allows you to take the drawings of others to use in your own works.

If Microsoft is able to convince users to adopt Paint 3D as a tool to express their creative side in three dimensions, we may well be flooded with a new wave of user-generated content. Communities such as Remix are a great way for users to share their 3D designs, while Paint 3D's native Facebook integration will bring those creations to the masses. We have seen this happen with Super Mario Maker, which allowed users to create their own game levels, and Coca Cola's Share a Coke campaign. Snapchat and Vine are also examples of easy-to-use platforms that enable creators to release user-generated content to the public; while much of the content is amateurish, there are some well-made videos out there too.

Of course, Paint is not the only software that allows users to create 3D models, but it comes with a huge user base (100 million users, according to Microsoft). If Paint 3D gets the traction that Microsoft must be hoping for, it has the potential to turn Remix into a community that is as active and thriving as DeviantArt or 500px. It can become an online 3D art gallery for users to show off everything they have created, or to appreciate what others around the world are creating.

But will Paint 3D retain the simple UI that has made it a favourite among users despite its numerous limitations? Will the users who are nostalgic about the original Paint accept the 3D version? Or has Microsoft, in the process of stuffing the software with features that make it more suitable for the modern age, destroyed the charm it held?

The modern day reimagining of Microsoft Paint may make it an infinitely more useful tool than it ever was. But it may also alienate those who loved the software for its minimal features, and for the laughable images most people used it to create. Remember, MS Paint has held its own over the years, not because of its capabilities but because of its limits, its ease of use, and the nostalgia associated with it. The feature-laden version may just make users turn to other software for their basic image creation/ editing tasks.

But there's always hope. It won't be a surprise if much of the 3D content turns out to be crude, and too ludicrous to take seriously, which has always been the appeal of Paint creations. Paint 3D and its users may well keep the tradition going, with a few 3D drawings that are actually worth sharing in a sea of amusing art.

We will have to wait a while (the new version will be available to public starting next year) before the direction that Paint 3D content takes becomes apparent, before we find out if this update makes Paint the darling of artists, or destroys a software that hasn't seen much change over its three decades of existence but remained close to Windows users' hearts.