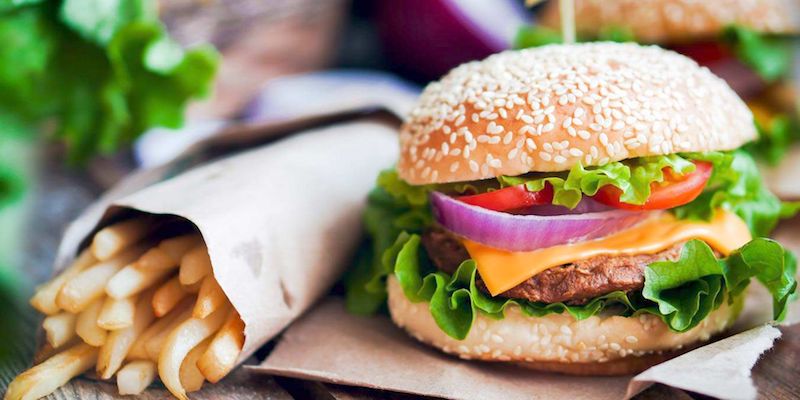 Online food delivery is a tricky business and companies continue to struggle with the logistics of the trade. Perhaps that's why we're now seeing the idea of "cloud kitchens" gain prominence, as a way for the likes of Swiggy and Zomato to get things working.

So, what is a cloud kitchen? Essentially, it's a delivery-only kitchen, typically setup by delivery service itself, which can be started without too much infrastructure or running costs, so that a greater variety of food is available for delivery. After all, with more variety available, people would be more likely to use a delivery service to order food, right?

Swiggy recently launched its first cloud kitchen, called The Bowl Company. A couple of months ago, Zomato too stated that it's looking to venture into cloud kitchens, and talking to Business Insider, Zomato CEO Deepinder Goyal described these as "delivery-only food courts".

The reason why Zomato and others are interested in cloud kitchens is pretty simple - online ordering logistics are a mess. By having more control over the entire stack, online ordering platforms can improve efficiency, and reduce costs. It will also make them less reliant on restaurants, who aren't exactly the biggest fans of aggregators. Companies in the traditional food delivery space have struggled, and some up and comers - such as TinyOwl - ended up shutting down, so it's no surprise that the companies are trying to find models that work.

The advantage of bringing together multiple restaurants in these cloud kitchens is fairly obvious - you're able to offer a wide range of food in locations where options are more limited, and the restaurants won't have to make a huge up-front investment to get on board. Now, the model isn't unique at this point. Companies such as FreshMenu and Faasos have already taken the leap. And as it happens, they're also listed as delivery options on Swiggy and Zomato Order.

The problem though is that the food isn't a commodity business. The butter chicken you get from one restaurant can't be exchanged for the butter chicken you order from another. With the cloud kitchen model a restaurant's risks are mitigated, and restaurants can open in more locations, so you don't get stuck in a locality with just two decent options - a pain some of us are all too familiar with. But it also means that everything ends up having a sameness to it.

You could say the same for restaurant chains - every Moti Mahal's butter chicken should taste the same. The difference is that those chains emerged after the restaurant developed its own identity, and keep a certain focus. Looking at what's on offer via "cloud kitchens", it looks like the companies are trying to give a little bit of everything, without any real identity.

Which brings us back to The Bowl Company, which we tried in Bengaluru’s HSR Layout area recently. We got four bowls, and thought that the packaging was quite nice, the food fairly tasty, definitely very hygienic, with a prompt delivery.

The food was also incredibly unmemorable, and with that in mind, certainly expensive. This isn't a criticism specific to The Bowl Company either - it applies to just about every cloud kitchen we've ordered from. The food is fine, but it's boring.

It's one thing to spend more money when you get something to savour and enjoy; but if you're eating something that's merely okay… well, you're left wondering why you didn't call up the local restaurants instead. You'd get something cheaper, and perhaps even nicer.

With the cloud kitchen model, the companies have to cater to a wide audience, and they need to maintain consistency across a wide area. This means that the partners they can tie up with are limited, and the food they can offer constrained - anything that runs the risk of being polarising is ruled out. And along the way, the food becomes depersonalised, designed by committee, as exciting as a focus group discussion.

Turns out that the cloud kitchen model is the same as McDonald's - only not as pocket friendly. Food lovers are going to hope that these companies can turn things around and add some really standout delivery options in most areas, but as of now you're better off calling the local joints and asking them what's best on the menu.