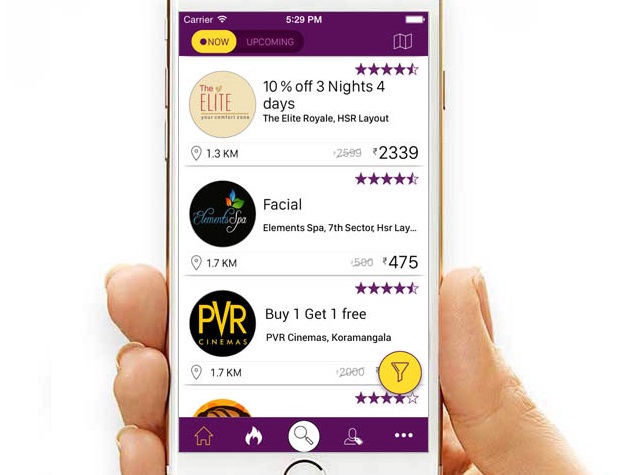 The founders of online retail platform Zovi announced Wednesday that they have raised $50 million (roughly Rs. 319 crores) for their consumer lifestyle deals marketplace app, called Little. The investment round was led by Paytm, SAIF Partners, and Tiger Global, and a large new undisclosed investor.

The funding will be deployed to build the largest merchant ecosystem, build new technology and hire senior talent, an official statement said. Little is targeting a GMV (gross merchandise volume) run rate of $170 million (roughly Rs. 1,086 crores) and plans to host over 50,000+ live deals by March 2016. According to the company, the O2O (Online to Offline) space is expected to be worth $64 billion (roughly Rs. 4,09,000 crores) by 2016. The company is already 400 people strong, and expects to build a 1,000 person team by March 2016.

The Little app is available for download on Android, iOS, and Windows Phone, and claims to have already enrolled over 5,000 merchants in 11 cities across India. Little aims to be a discovery platform for its users and a significant sales channel for merchants, providing hyper-local deals to customers for restaurants, movies, hotels, salons, gyms, spas, and other services.

Merchants will be able to use Little as a personalised sales platform that they can use to gain intelligence about customers in the vicinity, send timely notifications, and offer relevant deals in a matter of seconds with just a few clicks.

According to the founders, the deals space is broken in India, with little focus on personalisation, timeliness and ease of redemption. "With Little, we aim to change this by offering a real time, personalised and location-based marketplace which can offer contextual and purposeful deals as it learns one's usage habits." said Manish Chopra, CEO & Co-Founder of Little. "Little's differentiating strength and power will come from having the largest and deepest merchant base who see Little as their 'sales partner' for enabling them to get profits from selling their services." he added.

Paytm will power the payments aspect of the deals platform. "Little is one the key investments in that direction and will bring millions of hyper local deals to Paytm consumers right from their neighbourhood" said Vijay Shekhar Sharma, CEO and founder of Paytm.