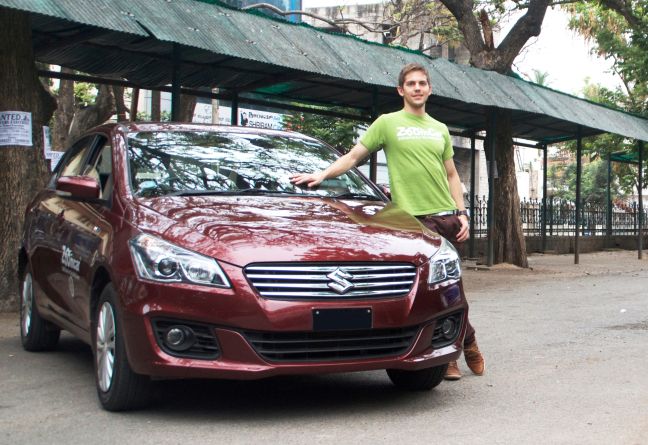 Zoomcar announced Tuesday that they will be unveiling door-step services for users before the end of this year. The service is slated to roll out first in Bangalore, followed soon after in Mumbai and Delhi by the end of the year.

Zoomcar will be integrating the feature on its apps for Android and iPhone, where a customer can get a Zoomcar executive to drop the car at a specific GPS location. "We are going to be specialising primarily on the mobile, that's the intent. A vast majority of our booking is already on the app. Much of our customers engage on the app day in and day out, said Greg Moran, co-founder and CEO, Zoomcar, speaking to NDTV Gadgets.

Moran disclosed that the app had over 250,000 app installs on iOS and Android so far. Zoomcar has seen a 3x growth in revenue this year alone, based on a fleet of 1,500 cars spread across six Indian cities. The company has received two rounds of funding amounting to $21 million (roughly Rs. 134 crores)in the last few months, which will fuel an expansion to 15 more cities.

The service will incur a cost premium, though the company refused to get into the specifics of the pricing structure. "We haven't finalized the entire method yet, but from our research, it's quite reasonable to expect that customers are willing to pay for the service. We'll be announcing the modalities shortly. In general, customers understand that there's a huge element of convenience to this."

Positioned as an affordable alternative to owning cars, Zoomcar also has a weekly package called ZoomCommute, which provides corporates and office goers with an economic weekday self drive option.

Zoomcar's fleet of cars start from entry-level offerings like the Tata Nano, to high-end cars such as the Toyota Fortuner and the Mercedes A Class. Hourly charges range from Rs. 49 to Rs 250 an hour.

(Also see:  Renting a Car in India Is Now as Easy as a Few Clicks - but Does the Maths Add Up?)

Zoomcar plans to expand its fleet in Mumbai to over 1000, spread across 250 locations in the city. The company also plans to launch their service at the Mumbai airport.