“We are excited to build the future of aerial food delivery in India,” a Zomato spokesperson said in a statement. 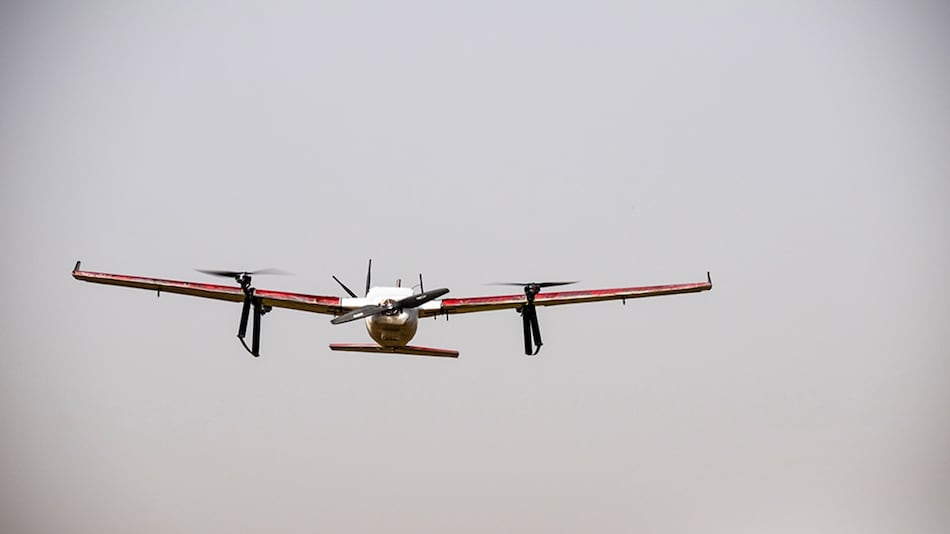 Zomato, Swiggy, and Google-backed Dunzo are amongst the consortia that have reportedly received an approval from the Directorate General of Civil Aviation (DGCA) to test fly drone deliveries in India. The regulator has permitted over ten groups to start testing beyond visual line of sight (BVLOS) drone flights. The new development could help enhance essential deliveries in the country. Companies including Amazon have been testing orders deliveries via drones in the US for some time. The latest move is also expected to create new opportunities for aerial surveillance that would help in disaster and military operations.

“We have been working on powering delivery via drones for some time now and welcome this move from DGCA to test our systems. We are excited to build the future of aerial food delivery in India,” a Zomato spokesperson told Gadgets 360 in an emailed statement.

In December 2018, Zomato acquired Lucknow-based startup TechEagle to enable food deliveries via drones. The Gurugram-based company also tested its drone technology in June last year using a hybrid drone that carried a payload of five kilograms. It is a part of the ClearSky Flight Consortium that is amongst the groups getting the approval from the DGCA.

Alongside the ClearSky Flight Consortium, the DGCA has permitted BVLOS drone operations for Dunzo, ShopX, and Reliance Industries-backed Asteria Aerospace, among others, reports MediaNama. The approval is aimed to begin test flights of drones that can fly remotely and don't require physical monitoring.

In April, the Ministry of Civil Aviation issued an order to kick off BVLOS experimental flights of drones in the country. That order included the names of 13 consortia, including Dunzo, ShopX, and Spicejet. However, the permissions were reportedly delayed due to the coronavirus lockdown in the country and just a handful of consortia received initial approvals.

As of now, the approved groups will only be able to test fly drone deliveries and surveillance in a regulatory sandbox, under the supervision of a monitoring team. It will only be after this testing that a decision is taken on deliveries.

The DGCA is also reported to have directed the approved consortia to submit a proof of concept by September this year to a committee called BVLOS Experiment Assessment and Monitoring (BEAM). Upon the committee's response, the firms will be allowed for larger operations in the future.