Zomato drone took about 10 minutes to reach a distance of 5km with a peak speed of 80kmph. 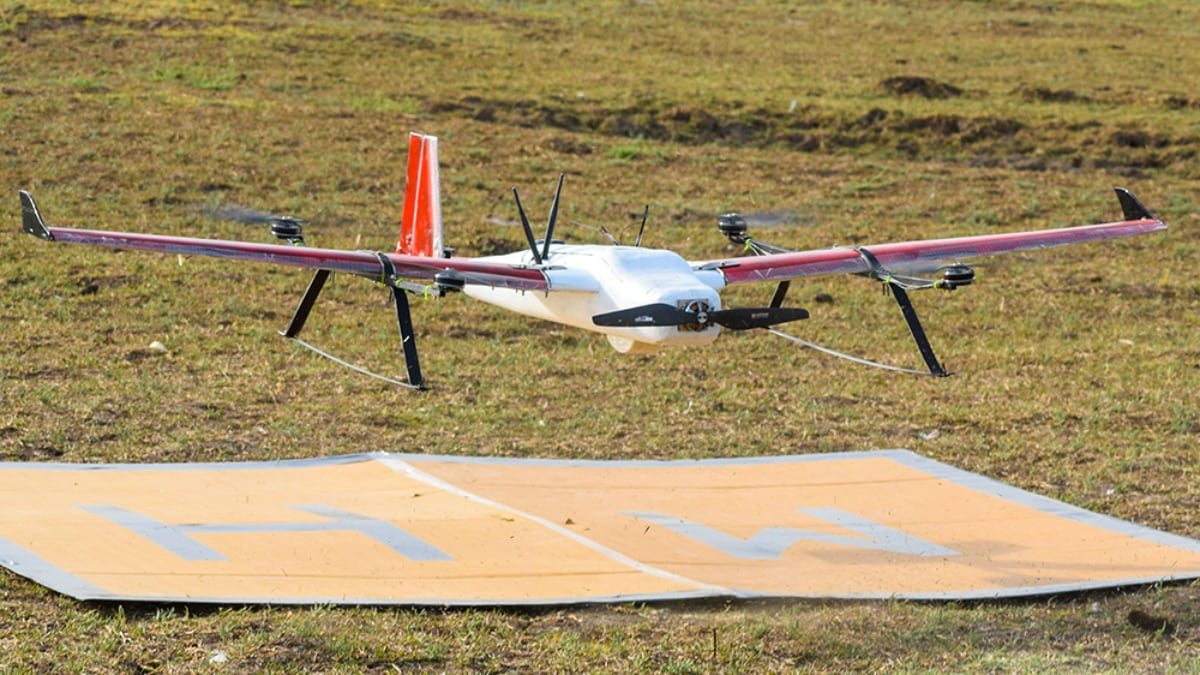 Zomato, the online ordering and food delivery platform, on Wednesday announced that it has successfully tested its drone delivery technology. The test, which was conducted using a hybrid drone, was a part of the company's attempts to reduce the time taken to make a food delivery to its customers. It comes months after Zomato had acquired Lucknow-based drone startup TechEagle to reduce food delivery times and solve other issues like pollution and traffic. Zomato also revealed that it is forming a consortium as per Director General of Civil Aviation (DGCA) guidelines to carry out experimental Beyond Visual Line of Sight (BVLOS) drone operations.

"The drone was tested last week at one of the remote sites approved by the DGCA. Such tests are done at very remote sites which are especially designed to conduct such tests," Zomato told IANS.

However, the food aggregator did not reveal the exact location where the drone delivered the package.

According to the notification issued by Director General of Civil Aviation (DGCA) on May 13, interested companies have been asked to submit an Expression of Interest (EOI) to the DGCA for conducting experimental Beyond Visual Line of Sight operations (BVLOS) of Remotely Piloted Aircraft Systems (RPAS)/Unmanned Aircraft Systems (UAS).

We successfully tested a hybrid drone 🛩️ – fusion of rotary wing and fixed wings on a single drone; covered 5 kms in 10 mins with a peak speed of 80 kmph; with a payload of 5kgs.

"The only possible way to reduce the average 30 minutes to 15 minutes is to take the aerial route. Roads are not efficient for very fast deliveries.

"We have been working towards building sustainable and safe delivery technology and with our first successful test, food delivery by drones is no longer just a pipe dream," Deepinder Goyal, Founder and CEO, Zomato, said in a statement.

"While regulatory hurdles are not trivial, and the government's concerns need to be looked at from various (valid) points of view, the tech is ready to fly and I am confident that drone delivery will be commonplace sooner rather than later."

The hybrid drone with a fusion of rotary wing and fixed wings carried a payload of five kg. Fully automated, each drone is currently being tested with (remote) pilot supervision to ensure safety.

Over time, as the company collects more data, it is likely to do away with the pilot supervision.

Zomato had acquired TechEagle, a Lucknow-based drone startup, to solve issues such as reducing pollution and handling traffic in 2018 end.

Considering the increasing congestion on roads and pollution, using drones for delivery could be a game changer for metro cities as it would help scrape unnecessary traffic off the roads and direct it skyward, the company added.

HP Refreshes Its Laser Printer Portfolio in India, With 3 New Series for Mobile-First Workspaces
Vivo Z1 Pro With 'In-Display Selfie Camera' to Launch in India Soon, Will Be Exclusive to Flipkart