Zomato Gold Membership Programme Launched in the UAE, Coming to India in June 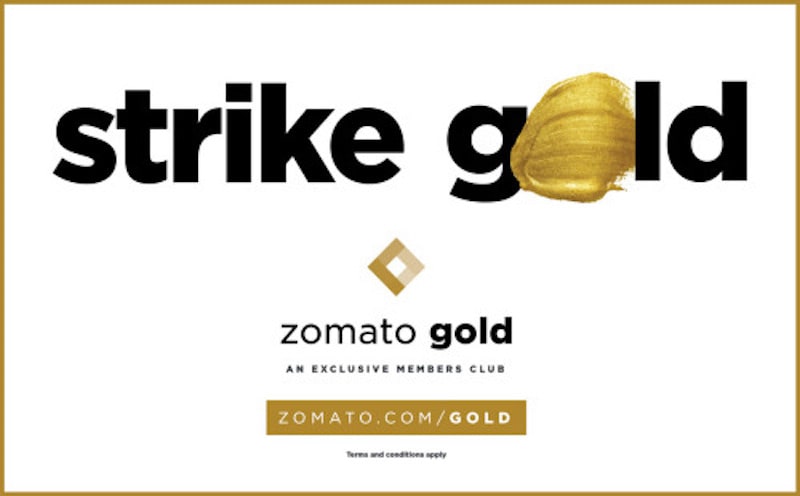 On Thursday, food-discovery engine Zomato announced that it has launched a subscription service called Zomato Gold. The company, which has expanded to include features such as ordering and table booking, has now launched Gold, a membership program, in the UAE. Zomato Gold, is available in Dubai and Abu Dhabi and currently, subscribers get an offer on drinks at restaurants. This comes two weeks after Zomato Gold was launched in Lisbon, where it offers a similar deal on food, not drinks.

The company noted that Zomato Gold will arrive in Delhi, Mumbai, and Bengaluru sometime around June this year. It hasn't decided launch dates for other cities yet, though it indicated that the next round of launches for the membership program would come out of Melbourne, Johannesburg, and Istanbul.

Zomato Gold members will get up to two rounds of 1+1 drinks on any beverage at participating restaurants, bars, and lounges. You can use this benefit at any time and on any day of the week, across over 200 premium Gold partners, located in a number of popular areas in Dubai and Abu Dhabi - Zomato says that it's ensured there's a Gold partner within 3km of any location in both cities.

Introductory prices for Zomato Gold start at AED 99, approximately Rs. 1,761, for three months - the regular three-month price will be AED 149 or approximately Rs. 2,651; there are also six and twelve-month plans. The plan is also not city specific - you will be able to use the same membership in both cities.

Since the membership covers both alcoholic and non-alcoholic drinks, Zomato also requires users to check a box stating that you are of the legal drinking age, and a non-Muslim.

The company highlighted the savings and also reiterated that the service applies even during peak hours, on weekends. The only exception to this is "special occasion days" - New Year's eve, New Year's day, Valentine's Day, and so on. To use Zomato Gold, you need only subscribe, and then when you visit a restaurant, open its Zomato page. You will find a Zomato Gold pass there, which you show to the staff before ordering, and that's all there is to it.

Zomato points out that it's going to keep adding partner restaurants, and there are no restrictions on what you can order - the whole menu is available. Beyond that, there's no code to be entered, no QR code to scan, or voucher to hand over, the company notes.