The new video remix feature will be rolled out to iOS devices in the coming weeks. 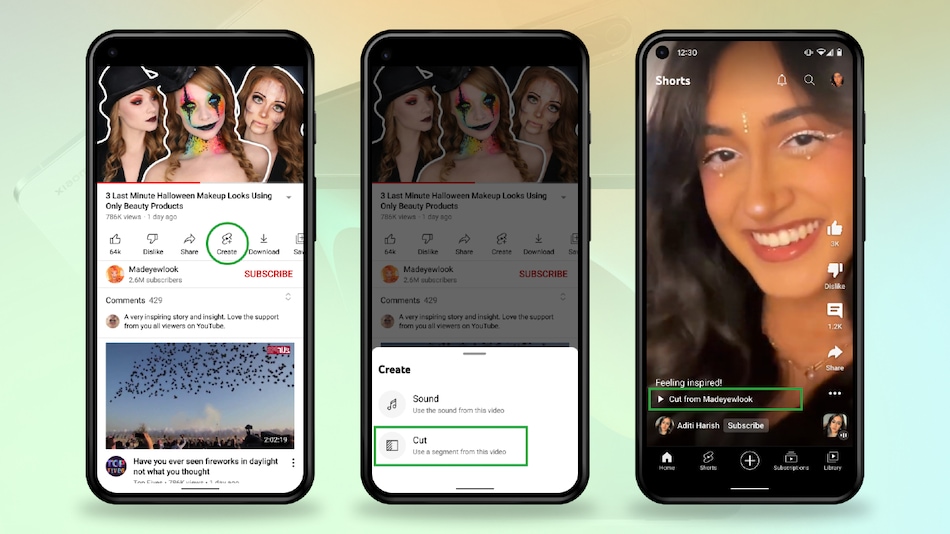 Desktop, tablet, and mobile Web viewers will find a Shorts shelf on Home

YouTube is adding new features to provide more creative options to Shorts creators. The Google-owned video platform is expanding YouTube Shorts to the Web (desktop and mobile browsers) and tablets. With the latest update, a new Shorts tab will appear across devices over the next few weeks allowing users to scroll through Shorts vertically. Additionally, YouTube is allowing creators of YouTube Shorts to remix video clips from eligible YouTube videos in new Shorts. Earlier, YouTube only allowed creators to sample audio from other videos on the platform. This new development comes just after Meta added Sharing to Reels on Facebook to allow users to share videos directly from third-party apps to their Facebook accounts.

Google announced the addition of new features to YouTube Shorts via a blog post. In the latest update, the Shorts player will be available to users on more devices, including desktops and tablets, as well as mobile browsers. Like in the YouTube app, users will see a Shorts shelf on the Home page and a Shorts tab. They will be able to swipe vertically from one video to the next to discover more content, similar to TikTok's feed. All views coming from these new surfaces count toward the creator's eligibility for the Shorts Fund, said the company.

YouTube will now let users remix 1-5 second video segments from eligible long-form videos and Shorts in the creation of new original Shorts content. This works similar to TikTok's Stitch functionality. To use the new remix feature, you can tap the Create button, then select Cut from the remix options. From there, users will be able to sample a video segment from any video. From a Short, you can click the three-dot menu and select Cut to choose the desired segment.

When a Short is created from the user's own channel's content, it will be linked to the original video in the Shorts player. YouTube notes that linking back to the original video provides an opportunity for new audiences to discover and engage with older content in a new way. The YouTube video remixing feature will start rolling out to iOS users in the coming weeks. It is expected to arrive on Android later this year.

Google launched YouTube Shorts in September 2020 to allow creators to make video clips up to 60 seconds long and share them on the platform. Since then, the search giant has been adding many new features to rival TikTok and Meta's rival social media platforms. The latest update comes just days after Facebook allowed users of third-party apps to post short-form videos directly to Facebook Reels with a new Reels button in such apps. Recently, the social media platform launched its short video feature Reels in more than 150 countries with a new Reels display at the top of user feeds.

Micromax In 2C with a Unisoc T610 SoC Could Arrive in India in April or May
Kent CamEye HomeCam 360 Wi-Fi Security Camera Review: Very Easy to Use