You can access the new feature by going to the Downloads section from the Library tab on your YouTube Music app. 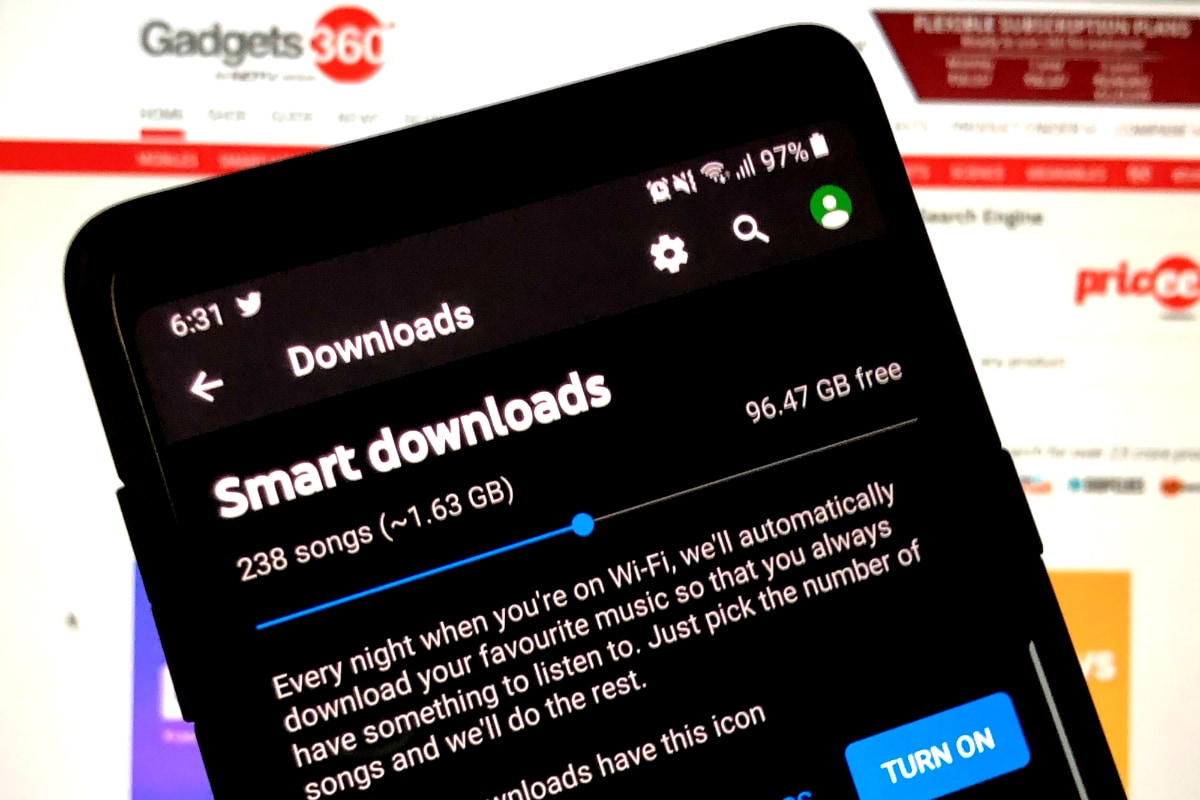 YouTube Music has been updated with a feature called "Smart Downloads" that is designed to download as many as 500 music tracks automatically. The new feature essentially replaces the existing "Offline Mixtape" feature that YouTube offered to download content offline based on your listening patterns. While the previous feature was aimed to store up to 100 music tracks for offline playback, the latest addition expands the limit to 500. The YouTube Music for Android is initially rolling out the Smart Downloads feature. It is likely to reach iOS as well in the coming days, though.

The YouTube Music app for Android devices showcases a pop-up window to notify the arrival of the Smart Downloads feature. You can also access it by going to the Downloads section from the Library tab on the app.

"Every night when you're on Wi-Fi, we'll automatically download your favourite music so that you always have something to listen to," reads the description of the Smart Downloads feature.

As we mentioned, the new addition replaces the Offline Mixtape feature and allows you to keep a collection of as many as 500 songs instead of the original 100 song limit.

All you need to do is hit the "like" button next to your favourite song on the YouTube Music app to make it eligible for the Smart Downloads feature. It is also significant to point out that the new feature works only with the YouTube Music Premium and YouTube Premium subscriptions.

As 9to5Google points out, users can still access the collection saved through the Offline Mixtape feature through the Your Mixtape shortcut featured on the Home and Library tabs as well as the app shortcut.

Gadgets 360 was able to verify the existence of the Smart Downloads feature on the YouTube Music for Android version 3.19.54. However, the feature hasn't yet appeared on iOS.