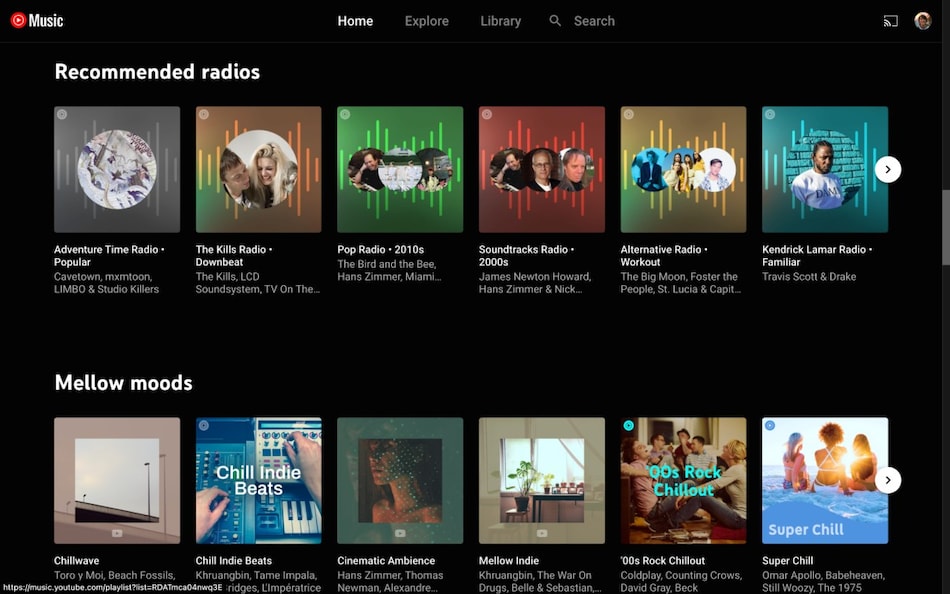 YouTube Music has reportedly started showing users a "Recommended radios" tab in the mobile app. However, the new feature seems to be currently under testing and is only visible to a limited number of users. YouTube Music already has a radio feature that generates playlists based on individual songs. The new feature appears on the home screen and the radio stations change on every feed refresh. Upon opening, the radio station on YouTube Music shows the playlist and has a description stating the playlist is endless.

The new "Recommended radios" tab was reported on Reddit by u/Fuyou_lilienthal_yu, as spotted by 9to5Google. The new tab appears on the Home screen on the mobile apps but users will have to scroll a bit to find it. The new tab for YouTube Music shows 10 radio stations with cover art that has radio waveforms in the background along with a photo of either the artist or the album art and YouTube Music's logo in the top left corner. There can be up to three artists or album arts in the radio station's cover art.

The radio stations repeatedly change with every feed refresh. Essentially, this works similarly to Spotify's radio — song or artist — playlists that also refresh every time they are opened. YouTube Music's radio stations can either be named after an artist or genre. They are also sometimes accompanied by the decade — 1990s, 2000s, 2010s, or others. They can also have other descriptions like Deep Cuts, Popular, Downbeat, Familiar, or others.

As per a screenshot shared by the publication, the cover arts for the radio stations may also sometimes show other artists they feature. An example shared in the report mentions that a playlist — Pop Radio - Deep Cuts — features artists like Concorde, Vampire Weekend, and Mr Little Jeans. When a user opens the radio station, it opens like a playlist — instead of auto-playing — and has a description stating "Endless music customized for you. Always updating." Users will also have the option to "Add to Library" and download the playlist on their device.

As per the report, the update for YouTube's music player has started rolling out for users last week but has only reached a few. It is expected to have a wider rollout gradually. The new "Recommended radios" tab did not appear for Gadgets 360 at the time of writing.