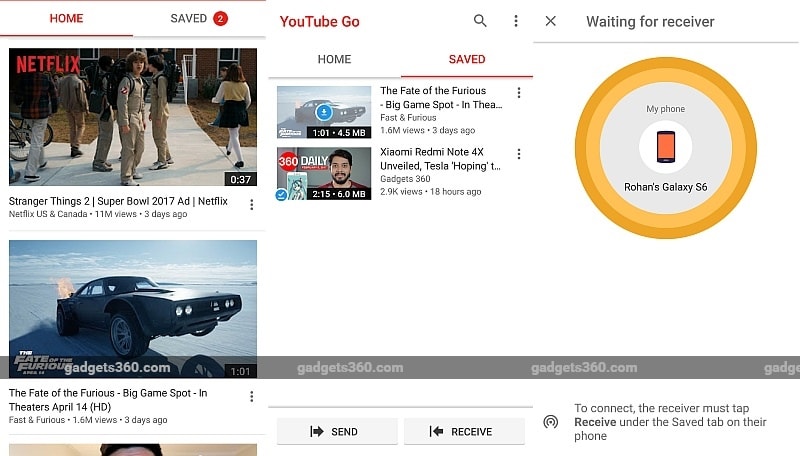 YouTube Go was previewed back in September, at the Google for India event. Built for India, the app is offline-centric and meant to combat the data connectivity woes that the country faces along with other emerging markets. Users will be able to preview videos when offline, share them with nearby friends when without data, and of course also download videos to watch when offline later.

The YouTube Go app is listed on Google Play, and is available to download in India. The listing description reads, "YouTube Go  A brand new app to download, enjoy and share videos...bina data udae!" The app is listed as "unreleased", and comes with the warning that it may be unstable.

The app weighs in at 8.5MB, and supports devices running on Android versions all the way back to v4.1 Jelly Bean. As we mentioned, the YouTube Go app has several features geared towards offline use, as well as data management. Apart from being able to share videos with nearby friends without using the Internet, users will be able to preview videos via their thumbnails, and see the weight of videos available at different (basic, standard) resolutions.

Detailing the YouTube Go offline sharing feature, Google says users will be able to share videos via Bluetooth with friends nearby without using data in seconds, and once it is received on the other end, a 15KB "Internet security check" allows the video to be played. We tried the feature, and it worked.

The listing was first spotted by Android Police, which notes that though the APK file is available, the app seems to only work in India for now.