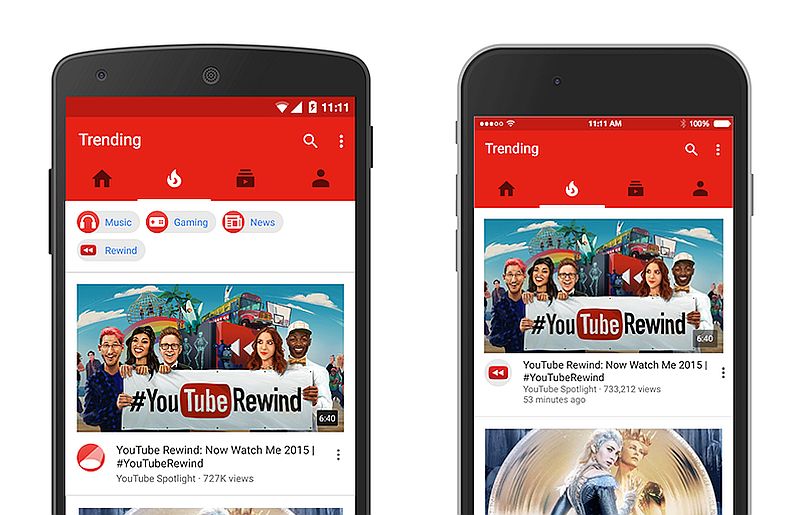 Android Police points out that the YouTube app for Android is receiving a server-side update that brings the new changes, instead of a new version being rolled out. The new refresh relocates the navigation bar from top to bottom of the page while the bar colour has been changed from red background to white background. Notably, there is no change in the order of the options.

On checking, we found that the new refresh hasn't reached our device and we were running the latest app version 11.33.58. We can assume that the new YouTube for Android refresh will be soon available to users in India.

Few weeks back, YouTube had tweaked app's interface with a new layout and an animation when expanded the video description.

In July, YouTube had refreshed the way comments looked on the Android app. The company rolled out a new UI which showed likes, dislikes, replies, and even let users sort them. The app earlier tested the new feature with select users. Essentially it supported all the features that were available on the desktop, including the number of replies a comment received, and the ability to expand those replies on a separate page alongside support for likes and dislikes. Earlier, YouTube for Android only showed comments in the order of the time it was posted in.