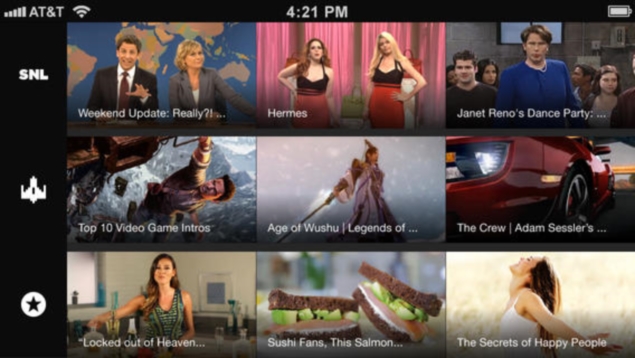 Yahoo is auditioning for a bigger role on iPhones and iPads with the release of its first mobile application tailored for watching video on touch-control screens.

The app is called Yahoo Screen. It's set up to make the experience of sifting through video on smartphones and tablet computers more like channel surfing on a television.

To trumpet the app's Monday debut, Yahoo Inc. is rolling out eight comedy series made exclusively for its website, along with clips from more than 700 episodes of NBC's "Saturday Night Live" broadcast during the past 38 years.

The app initially will be available only for Apple Inc.'s iPhone and iPad, but Yahoo eventually intends to develop a version compatible with devices powered by Google Inc.'s Android software.