Sunshine Contacts helps in creating a comprehensive set of personal and professional contacts from your phone, online address books, and email. 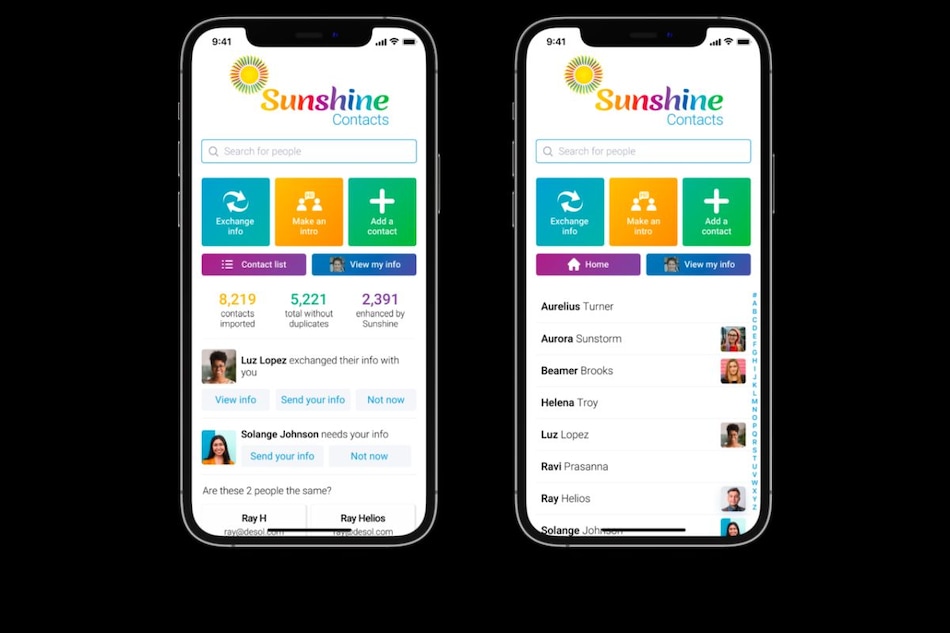 Former Yahoo chief executive Marissa Mayer began her comeback to the tech scene Wednesday with the launch of a new mobile app aimed at helping people organise their contacts.

The startup created by Mayer after her departure from Yahoo in 2017 unveiled its app called Sunshine Contacts, which "automatically creates a comprehensive set of your personal and professional contacts from disparate places like your phone, online address books, and email," according to the company.

"The essential technologies that help us stay connected to those who matter most are antiquated," said Mayer, co-founder and CEO of Sunshine, which was previously known as Lumi Labs.

"At Sunshine, we believe there's an immense opportunity to make the mundane magical. It's been an extremely challenging and rewarding problem to tackle and we're just getting started."

Sunshine, based in Silicon Valley, has raised $20 million (roughly Rs. 150 crores) in capital and plans to launch a series of other applications.

The Sunshine Contacts app, which is free and available for the Apple iOS operating system, aims to help users create more organisation of their personal and professional contacts.

"If you are like most people, the contact cards on your phone are messy: they haven't been updated in years, there are tons of duplicates, many are incomplete, some have out of date information," according to the Sunshine website.

With the app, "your previously, static messy contact cards are then magically organised and updated with the latest info."

Mayer left Yahoo in 2017 after failing to engineer a turnaround of the once-dominant Internet company, and finally negotiating a sale to telecom giant Verizon.

She was named CEO at Yahoo in 2012 after more than a decade at Google, becoming one of the few women to head a major Silicon Valley tech firm.

Mayer's Sunshine co-founder is Enrique Munoz Torres, a former head of search and advertising at Yahoo and a graduate of the Massachusetts Institute of Technology.

Apple to Pay $113 Million to Over 30 US States to Settle iPhone ‘Batterygate’
Wonder Woman 1984 Out December 16 in Cinemas, December 25 on HBO Max