Xiaomi and Oppo, with more than 100 million in combined smartphone users in India, cannot directly lend to consumers without a shadow banking licence. 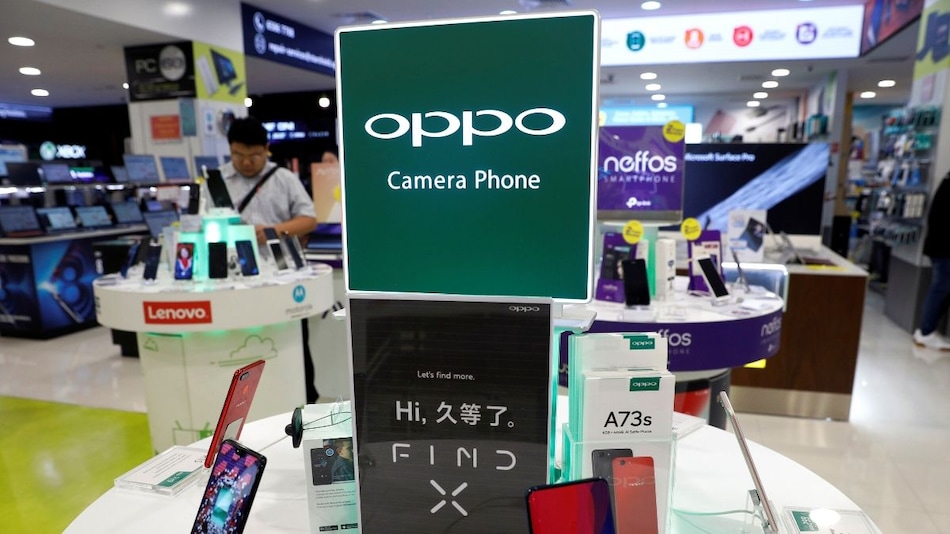 Tougher scrutiny of foreign investment in India has soured the plans of China's smartphone manufacturers seeking to expand beyond selling hardware for a bigger share of the country's competitive financial services market.

Xiaomi and Oppo, with more than 100 million in combined smartphone users in India, cannot directly lend to consumers without a shadow banking licence and have partnered with Indian financial companies to provide the funds for services offered on their platforms.

Xiaomi in December launched its online lending service MiCredit in India, connecting users with Indian lending firms to access small loans. By the end of 2019, its platform had disbursed loans worth $16.5 million (roughly Rs. 124 crores).

The Chinese phone brands, however, are keen to establish their own Non-Banking Financial Company (NBFC) which will help improve margins by allowing them to directly sell financial products to their pool of smartphone users, people familiar with their plans said.

"India is a very important market...This (rule change) will have a dampening effect," said an industry executive familiar with Xiaomi's consumer finance plans.

That is because India's new Foreign Direct Investment (FDI) rules add another layer in an approval process already incumbered by red tape, a lack of transparency and worries that Chinese investors are encroaching into Indian businesses.

The Reserve Bank of India (RBI) has been cautious about issuing such approvals after the near collapse of one major lender in 2018, and it may now go even slower.

In April, the government said it would monitor FDI from companies based in neighbouring countries, in what was widely seen as a move to keep Chinese firms from taking stakes in distressed local businesses amid the coronavirus crisis. China has called the rules "discriminatory".

For Xiaomi and Oppo - both of which sources say have been waiting for around a year to get an NBFC approval from the RBI - the policy comes when India's smartphone shipments are likely to decline by 10 percent this year due to the coronavirus-led slowdown.

Xiaomi and Oppo did not respond to a request for comment.

Before tighter scrutiny of foreign direct investment was announced, would-be investors only sought RBI approval for a shadow banking licence.

Now, it will be a two-step process for those from the neighbouring countries and approval will probably take longer to obtain, industry sources say.

Alok Sonker, a partner at Indian law firm Krishnamurthy & Co, said the government needs to sign off on the initial capital infusion into an entity before it applies to the central bank for a licence.

And even if the RBI were to grant an NBFC permit to those who have already applied - such as Xiaomi and Oppo - companies who raise funds from the neighbouring countries will face delays on their plans as these will need government approval, he said.

"It raises questions about India's hard-earned regulatory agility that had banked on ease of doing business and single-window clearance," Sonker said.

Building the ecosystem
Xiaomi is the No. 1 smartphone brand in India, which is also its biggest international market, according to Hong Kong-based technology firm Counterpoint Research. It has a 30 percent market share based on shipments versus rival Oppo with a 12 percent share.

Neil Shah, a vice president for research at Counterpoint, said that an NBFC would give Xiaomi and Oppo access to user data and spending patterns which can be exploited to boost revenue for other services. Profit margins from their smartphone sales are estimated at 1-2 percent.

"Chinese brands are sacrificing margins on hardware to build a user base of hundreds of millions which they can monetise," said Shah. "Their ambitions can be delayed (by the policy)."

India is lucrative for Chinese players as some have encountered regulatory setbacks in other Asian markets. Xiaomi's financial unit, for example, had to shut down in Indonesia in late 2018 due to a disagreement with regulators over the type of licence it needed.

At least 30 applications backed by Chinese investors for licences to operate shadow banks are now with the RBI, two other industry sources said. The RBI does not disclose such statistics and did not respond to a request for comment for this story.

Santosh Pai, a partner at Indian law firm Link Legal, said he had in recent months been approached by dozens of Chinese investors seeking advice on obtaining NBFC licences.

"Given the sector is attracting scrutiny, some Chinese investors who did not have a great track record might not consider this (Indian NBFC) market now," Pai said.