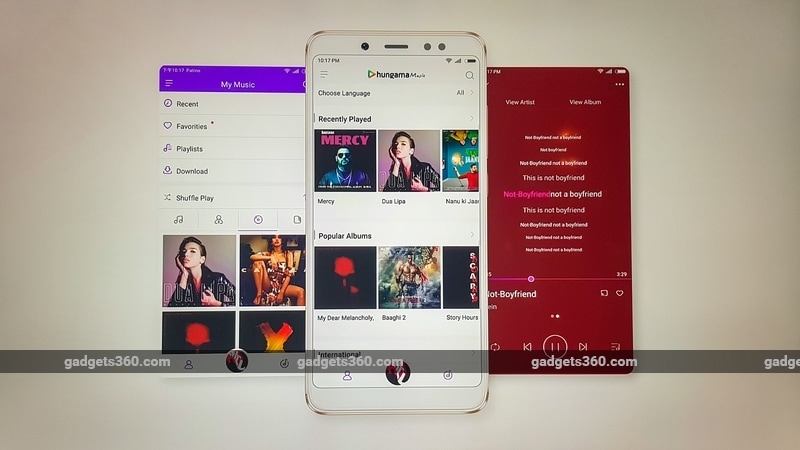 Xiaomi has launched Mi Video and Mi Music in India, a free video and music streaming app respectively that leverage its content partnerships. The company says the new Mi Music app is available from today, while the revamped Mi Video app will be available from next week. Both apps are not exactly new, but rather refreshed versions of the existing local media players.

Mi Video brings together a bunch of streaming services under one umbrella, including SonyLIV, Hungama Play, Voot, AltBalaji, Zee5, Viu, and TVF, among others. Xiaomi claims a library worth over 500,000 hours, 80 percent of which is free. Mi Music, on the other hand, has a tie-up with Hungama Music, which gives it 10 million freemium songs across 13 languages. If you want to download songs for offline listening, you'll need to pay Rs. 899 a year for Hungama Pro.

While Xiaomi is taking a fast-to-market approach with both apps, which are launching barebones, Mi Music does have an interesting feature at launch: Dynamic Lyrics. It works exactly like LiveLyrics on SoundHound, in that the app will highlight the lyrics that's currently being sung. Xiaomi said it's meant to offer a karaoke-like experience. Moreover, if you scroll within the lyrics, the app will skip to that part of the song.

As for Mi Video, it'll have a one-tap cast function so you can quickly switch from watching on your phone to a smart TV, with support for DLNA and Miracast. The app also supports more local formats than before, including AVI, MP4, MOV, MKV, MKA, MPEG, and M2TS, in addition to support for multilingual subtitles, multiple audio tracks, and private folders.

Over time, Xiaomi said it'll add personalised recommendations to both apps, in addition to picture in picture (PiP), and languages and genre filter for Mi Video, and music videos, and themes for Mi Music. In keeping with its image, Xiaomi said it'll listen to fans to decide on other new features.