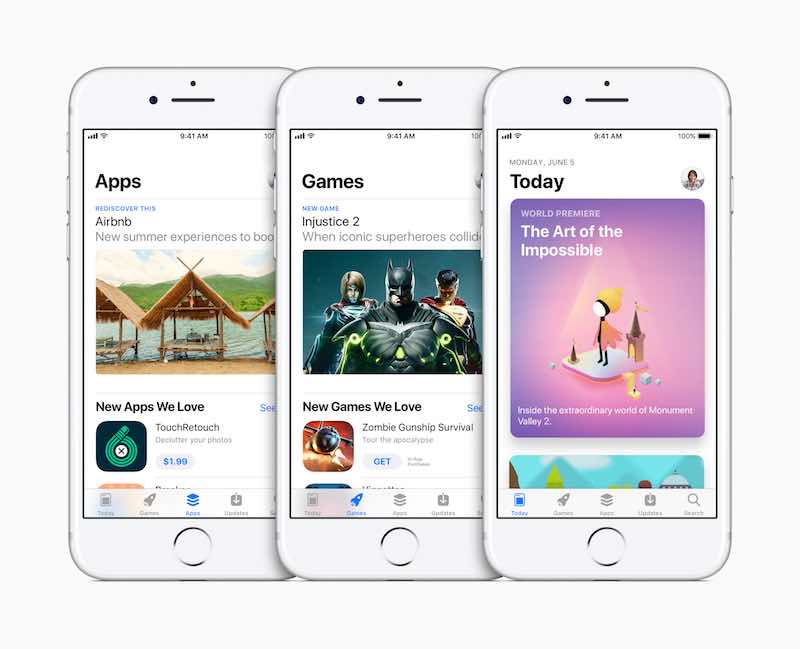 At WWDC 2017, Apple showed off a newly redesigned App Store. The App Store now has dedicated tabs for Games and Apps as well as a new tab called Today - which is the first thing users see when they access the App Store. Also new is featuring in-app purchases for game consumers already own and yes, each app gets its own product page. Here videos, developer quotes, and reviews can be seen. Apple used Monument Valley 2, which is exclusive to iOS at the moment, to present this.

Each day, there will be a new app of the day, new game of the day, and list on themes such as meditation. And stories from earlier in the week can be seen too.

Earlier, the Cupertino-based giant further added that last 12 months have seen massive growth, and the App Store has seen over 70 percent growth in downloads. Apple said that iOS developers around the world have been catering to 155 countries, and few segments have lately seen massive growth.