Winamp and associated services to shut down on December 20 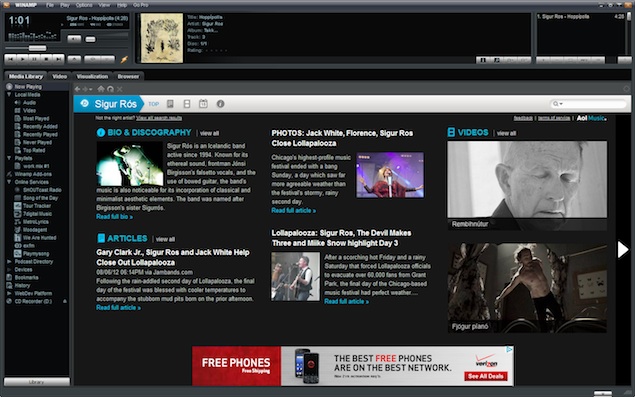 One of the most popular media players of all time, Winamp, will cease to be available come December 20, 2013.

AOL has announced that it is shutting down Winamp.com and its associated web services and that the Winamp media player will also no longer be available for download.

"Winamp.com and associated web services will no longer be available past December 20, 2013. Additionally, Winamp Media players will no longer be available for download. Please download the latest version before that date. See release notes for latest improvements to this last release. Thanks for supporting the Winamp community for over 15 years," said the note on the Winamp.com website. 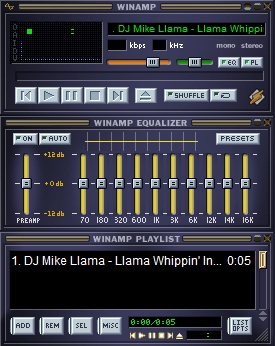 The Winamp media player was at the peak of its popularity in the late nineties. One of the highlights of the player was the capability to skin its user interface and add plug-ins to extend its functionality.

The player supports all popular file formats including Ogg Vorbis. Winamp also supports gapless playback for MP3 and AAC format files. It was also among the first players to offer streaming music through support for SHOUTCast, Nullsoft's cross-platform software to stream media.

The first iteration of Winamp was developed by Justin Frankel and Dmitry Boldyrev in 1997 as freeware. Frankel named his software company, Nullsoft, and continued development on the player. It was later turned into shareware with new features and functionality added to the player.

Nullsoft was acquired by AOL in June 1999, for $80 million in stock and since then is a subsidiary of the media giant.

The player was developed essentially for Windows, but betas for Android and Mac OS X and an alpha for Linux were also released, though only the Windows version has been updated regularly. The last version (Winamp 5.66) was released on 20 November 2013, the day the shutdown was announced.

For most people, who used PCs in the 90s the  "Winamp, it really whips the llama's ass," mp3 file that played on first launch, was synonymous with Winamp, or setting up a PC for the first time. You can download it to relive the era, by visiting Winamp.com.
Comments

Nokia asks Delhi High Court to release factory seized in tax dispute
Reliance Jio should be given only 10 lakh numbers per circle: COAI