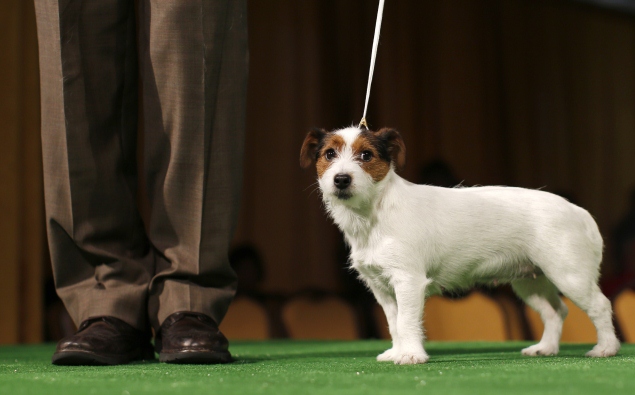 Dog and cat lovers have a new way to make sure their pets get plenty of exercise and nourishment: phone apps that track how much an animal plays, runs, sleeps and eats.

Whistle, an iPhone app and monitor worn on a dog's collar that was launched in June 2013, measures an animal's activity throughout the day. The app can track changes over time and can compare exercise levels with other dogs of the same breed.

Created with input from veterinarians, Whistle Labs' app aims to help owners detect early medical problems by showing changes in a dog's activity level and behavior compared to other animals of the same age, breed and weight.

"What (veterinarians) get today are hyperemotional responses, often driven by one or two anecdotes," said Ben Jacobs, chief executive of the San Francisco-based company.

What we found out was that:
a) vets didn't really have the information they needed and
b) there's no breed weight and age standards," he added in an interview.

The app gathers data from a small circular device attached to a dog's collar. An accelerometer in the device detects motion, helping to determine if the dog is playing, walking or resting. The rechargeable device is enabled for Wi-Fi and Bluetooth.

The app also notifies owners of changes in a dog's behavior, such as if it suddenly starts waking up at night.

"This is the first window you have into the dog's entire day," Jacobs said.

The monitor costs $99.95 and the app is free for iPhones. Whistle Labs said it is also gathering data about dog activity by breed and weight for research use.

Another app called Pintofeed, which is linked to a Wi-Fi-connected feeder and costs $149, allows owners to feed their dogs and cats remotely and set feeding schedules.

"People lead busy lives and don't really want to have to deal with another task. The feeder is autonomous and manages the feeding for you so you don't have to rush home from work," said Carlos Herrera, co-founder and president of Pasadena, Calif.-based Pintofeed.

"The app is meant to be a management and notification device. You'll get alerts saying your dog skipped a meal, or your batteries are running low, or the food is running low," he added.

For owners who want to keep tabs on the location of their dogs and cats, an app called Tagg for iPhone and Android provides the information.

The GPS-enabled tracker attaches to the collar of a pet and tracks the animal's location on a map. Users receive alerts when the pet ventures outside a particular range and they can also view activity levels.