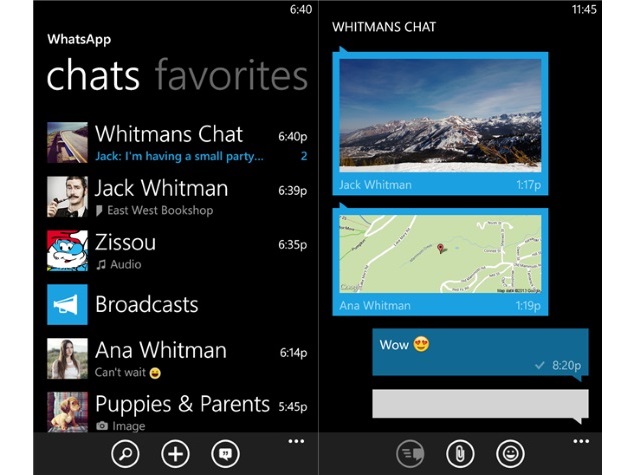 The WhatsApp voice calling feature has been confirmed to be in development for the Windows Phone platform.

WhatsApp support team in an emailed reply to a Windows Phone user revealed the news and said, "WhatsApp Calling for your platform [Windows Phone] is still in the works."

Unfortunately, the team didn't specify any exact time-frame for the release of WhatsApp voice calling for Windows Phone users. The WhatsApp Support team further added, "We cannot comment on any future release timelines but we appreciate your interest in WhatsApp Calling." The emailed response from WhatsApp was first reported by WM Poweruser.

Acton while speaking at Facebook's F8 developers' conference revealed that WhatsApp team "refined and iterated voice calling" last year before launching it on Android. Unfortunately, Acton did not reveal an exact time-frame for the release of the voice calling feature on iOS.

(Also see: WhatsApp Voice Calling: Everything You Need to Know)

It will be interesting to see whether the Windows Phone users will get the voice-calling feature ahead of iOS users.

To recall, WhatsApp for Android users started receiving the voice calling feature without any activation or invites late in March. To get the feature on their Android smartphones, users had to download the latest version of WhatsApp from its website. The feature appeared on WhatsApp version 2.12.5 in some smartphones, but most people needed the latest 2.12.19 version to get WhatsApp calling. When the feature was activated on an Android smartphone, users noticed a new three-tab layout featuring Calls, Chats and Contacts. One could head to the Calls tab, tap the phone icon, and pick a contact to make a WhatsApp call.