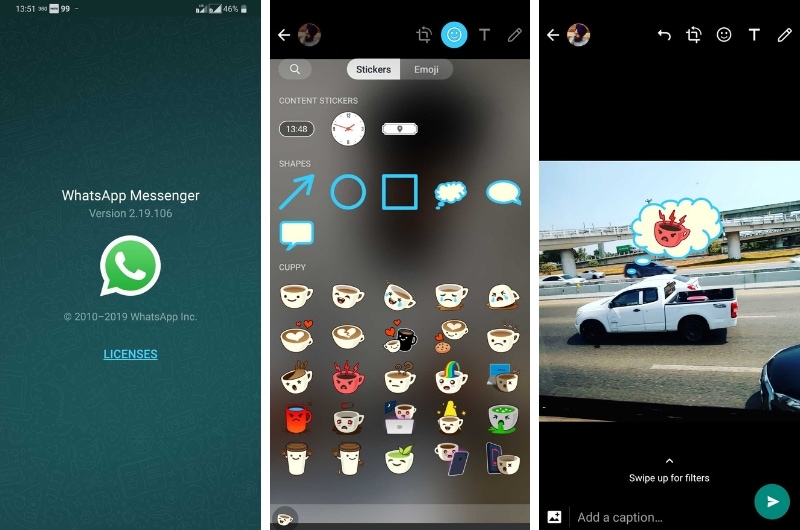 WhatApp 2.19.106 beta for Android is now available via Play Store

WhatsApp is all set to bring a number of new features to its Android application, which have been previewed in just released 2.19.106 beta version. The new WhatApp beta version is now rolling out to the participants of the app's beta programme via Google Play Store. It brings a new user interface (UI) for the WhatsApp Doodle feature as well as ability to block screenshots in conversations. While the WhatsApp Doodle UI is now accessible to the beta version users, the ability to block screenshots will reportedly go live alongside the biometric authentication feature.

According to a report in WABetaInfo, a website that tracks WhatsApp beta updates, the chat app has released 2.19.106 beta version for Android app users. The update includes improvements to the WhatsApp doodle UI. For the uninitiated, WhatsApp Doodle feature is a part of the image edit screen in the chat app where the app users can go to add stuff like stickers, emojis, text, and hand-drawn content. The new UI includes two separate tabs for stickers and emojis. Further, the stickers are now grouped by favourites and category. WhatsApp has also included search support to make it easier for the consumers for find stickers or emojis. We were able to spot this change in Android beta v2.19.106.

There are no other changes in the latest beta version. Both of the newly introduced features are expected to make their way to the stable version of the app in the coming weeks.