This WhatsApp update is reportedly being released for select beta users for now. 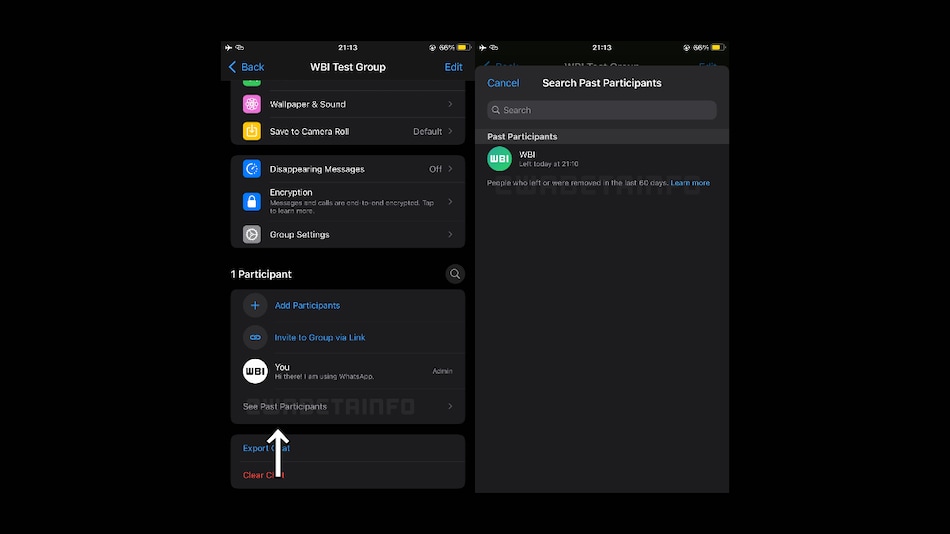 This new WhatsApp feature is seemingly not limited to group admins

WhatsApp is reportedly adding the ability to view past group participants in the latest beta version of its iOS client. This update was supposedly rolled out for a limited number of beta testers on Thursday. The Meta-owned communication platform is expected to soon make this feature widely available for more beta users in the coming weeks. The ability to view past group members is supposedly not limited to group admins — all members can purportedly view this feature after activating it on their account.

As per a report by WhatsApp feature tracker WABetaInfo, the WhatsApp beta for iOS 22.16.0.75 is being gradually rolled out for beta users via TestFlight. It is said to include the ability to view past participants of a group who left or were removed in the last 60 days. A new option has been supposedly added to the Group Info section for this feature.

This feature is seemingly not limited to group admins. However, the actual event of a person leaving the group is supposedly not visible in the group chat, except for the admins.

WhatsApp was reportedly working on this feature as part of WhatsApp beta for iOS 2.22.16.70. In addition, the feature to allow members to view past group participants was also spotted in the 2.22.12.4 beta for Android.

In related news, a recent report mentions that WhatsApp is working on giving admins the ability to delete messages in a group chat. This feature was supposedly included in a WhatsApp beta for Android 2.22.17.12. Other group members would supposedly be able to see a chat bubble indicating that an admin has deleted the message sent by another user. Furthermore, WhatsApp could also be working on bringing localised in-app announcements to Android. These announcements could include information on new features, tips, security updates, and more.