WhatsApp users on both Android and iPhone can download the Opi sticker pack from the Stickers section. 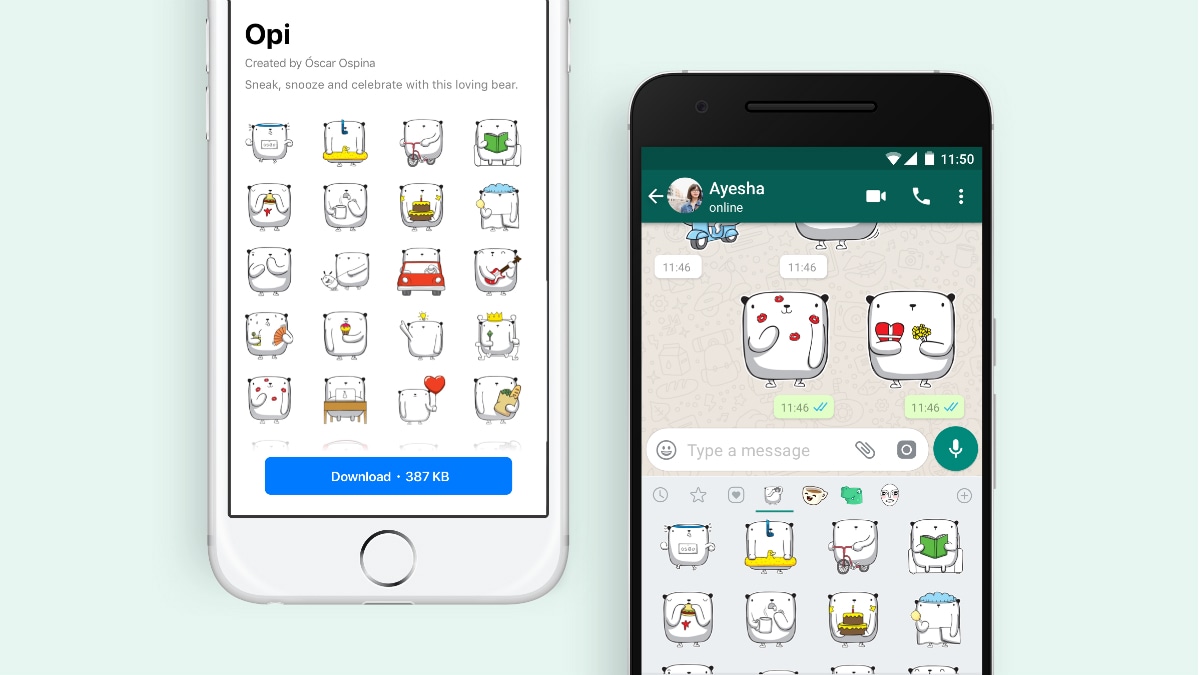 WhatsApp on Tuesday expanded its sticker collection by adding an Opi sticker pack designed by Colombian illustrator Oscar Ospina. The pack includes Opi stickers featuring a white-colour bear expressing different emotions. Notably, the new sticker pack is available within WhatsApp for both Android and iPhone users. It can be downloaded directly by going through the Stickers section in the instant messaging app. To recall, WhatsApp brought stickers to its platform in October last year. It is currently offering as many as 14 different sticker packs designed by artists and designers around the globe. There are also various third-party sticker packs to deliver a personalised experience to WhatsApp users.

The Opi sticker pack includes as many as 30 stickers to let WhatsApp users "sneak, snooze, and celebrate" with the bear. The stickers are designed by Oscar Ospina, who also brought Opi stickers to Facebook Messenger back in 2014.

Once downloaded, you can use Opi stickers in your chat by swiping down on the Stickers section and then find and tap one of the available stickers. The Opi sticker pack is 387KB in size.

As we mentioned, WhatsApp introduced stickers in October last year with an aim to give users a new way to express themselves. The Facebook-owned company also added support for third-party sticker packs to let independent designers and developers bring new stickers to the messaging app.