WhatsApp for Android Spotted With Sticker Reactions for Happy, Sad, Love, and Wow 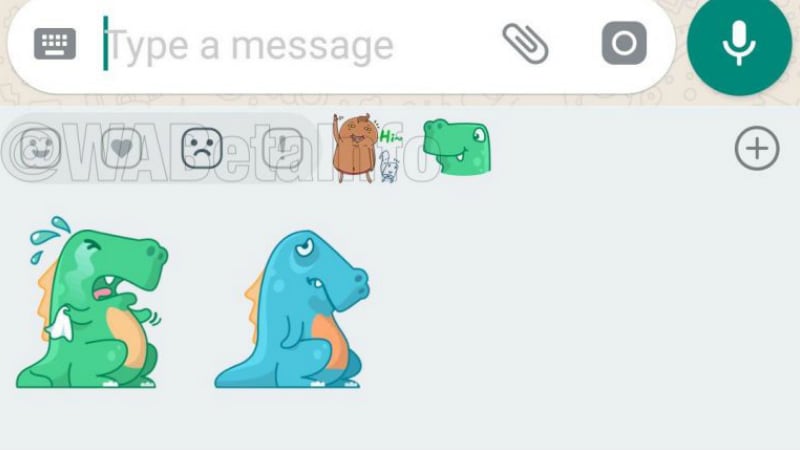 Facebook announced at F8 that WhatsApp is getting group calling and stickers as well. Now, WhatsApp beta version 2.18.189 for Android shows a new Sticker Reactions feature is being tested, but as with other sticker-related features, is still disabled by default.

WABetaInfo reports that WhatsApp begun testing the stickers feature on the Android app with version 2.18.120 only. The feature is disabled by default for development reasons and it will be enabled in next releases, the report notes. Whenever it arrives, the sticker button will be enabled next to the GIF button, giving users the option to send stickers as well in the future. These stickers will arrive in packs, just like how we see on Messenger, and will require data for download. These sticker packs need to be downloaded only once, claims the report, and they will be segregated into four reaction categories: LOL (it seems more like Happy to us), Love, Sad, and Wow. The beta watcher notes that these reactions have been added with the v2.18.189.

Again, the stickers button can't be seen as of now, even in the beta app as its disabled by default, but this feature should arrive soon. As mentioned, Facebook CEO Mark Zuckerberg also announced at the F8 that WhatsApp is getting support for group video calling as well. The feature is accessible in the latest Android beta updates - namely, v2.18.189, v2.18.192, and v2.18.193. Select Android beta and iOS users reportedly received the group calling functionality back in May in version 2.18.52 for iOS and version 2.18.145 for Android beta. Additionally, it is being reported that even Windows Phone has received group voice and video calling features.