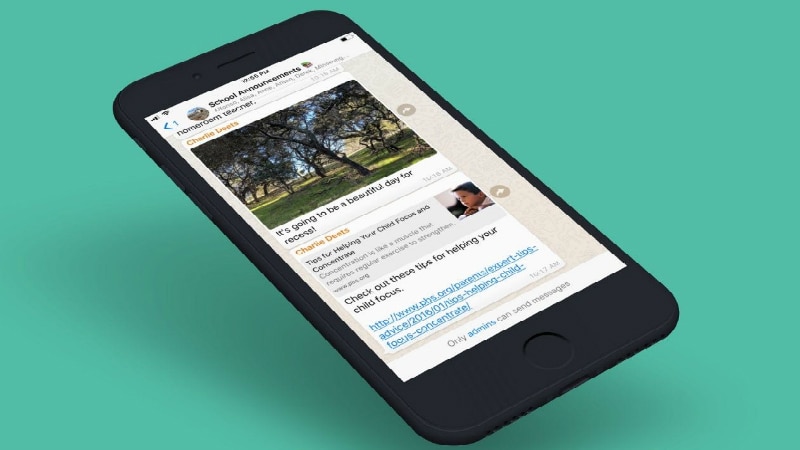 Earlier this week, WhatsApp's latest 'Send Messages' permissions feature for groups on the platform was seen rolling out on the latest Android (beta) and iPhone versions of the messaging app. In an announcement late Friday, WhatsApp revealed the official rollout of the new feature that allows group admins to restrict participants from sending messages, on the stable version of Android and iPhone. The new 'Send Messages' tab is available on version 2.18.70 on iPhone and version 2.18.201 on Android (stable).

"Today, we're launching a new group setting where only admins are able to send messages to a group. One way people use groups is to receive important announcements and information, including parents and teachers at schools, community centers, and non-profit organisations. We've introduced this new setting so admins can have better tools for these use cases," said WhatsApp in a blog post. The feature will be available on Android, iPhone, and Windows Phone.

In order to use this feature, you need to be an admin of a group on WhatsApp. Open a WhatsApp Group, then go into Group Info > tap Group Settings > Send Messages. Clicking it will reveal two options: All Participants - to enable messaging for all members of the group, and Only Admins - to restrict messaging to only the group's admins. Change in settings will be notified in the group through a broadcast message. Additionally, if the latter option is chosen, an "Only admins can send messages" prompt will replace the message field.

Group Settings also has the Edit Group Info option that allows admins to controls whether all participants can edit the group's description or not. Both these features are accessible even if there is only one admin in the group.

Group admin controls were first rolled out back in May this year. These included the ability to control who can change group elements such as the subject, icon, and description.