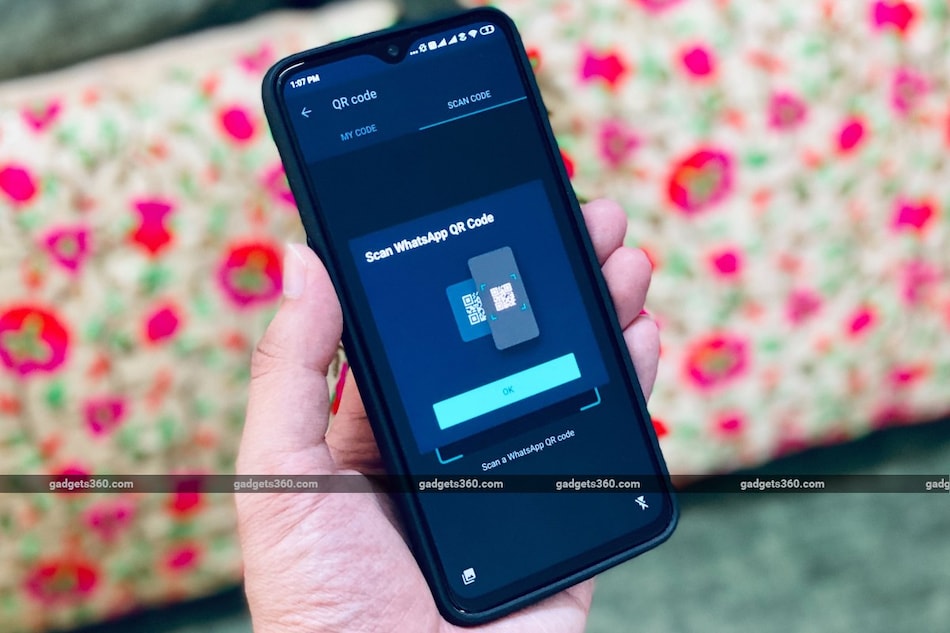 WhatsApp for Android and iPhone will bring QR code support in the coming days, allowing users to add new contacts by scanning their QR codes. The Facebook-owned company hasn't yet provided any official details about the new update, the latest WhatsApp beta versions for both Android and iPhone have been released with support for QR codes. Beta users can experience the change and provide feedback ahead of a public release. A recent WhatsApp for iPhone beta has also been spotted with a feature called Password Protect Backups that would enable password protection to the backups stored in the iCloud Drive.

Support for QR code on WhatsApp has been in the works for quite some time, with the first reference back in November 2018. It seems that WhatsApp is now ready to showcase the new feature to the public with beta version 2.20.171 for Android devices and version 2.20.60.27 for iPhone.

As reported by WhatsApp beta watcher WABetaInfo, the latest WhatsApp beta for Android shows that the new feature is available under the Profile settings and allows users to show their QR codes to let anyone quickly add them to their contacts list. There is also an option to scan a QR code. This is there to add a contact directly by scanning their QR code from WhatsApp.

Similar to other apps, but with a way to reset existing code
This sounds similar to how LinkedIn enabled QR code support to its platform in June 2018, letting users add people to their professional network by scanning their QR codes. Apps such as Instagram and Snapchat have QR code support for some time.

WhatsApp seems to have provided an additional feature that lets users reset their existing QR code. This means that you'll be able change your QR code if in case it's been shared accidentally.

How to get the new feature?
You can experience the QR code integration after downloading the latest WhatsApp beta (version 2.20.171) for Android directly from the Google Play Beta programme or by getting its APK file from APK Mirror.

If you don't have an Android phone, the new WhatsApp beta for iPhone also offers you QR code support that can be accessed from the Profile section in the Settings menu of the app, as noticed by WABetaInfo. The iPhone version also has the option to scan a QR code or reset an existing code. All this is identical to the new experience for beta testers on Android. A My QR Code option is available in the contextual menu of the WhatsApp beta that can be accessed using the touch and hold gesture on the app icon. This functionality is, however, limited to iPhone models starting from iPhone 6S.

You can experience the new change by downloading the WhatsApp beta version 2.20.60.27 for iPhone from TestFlight.

It is important to note that beta versions are designed only for testing purposes, and they often contain bugs. You should, therefore, install the beta update only on your secondary device and just to see the changes.

WhatsApp was initially spotted adding the Password Protect Backups feature to its Android client in March. The purpose of the feature, as its name suggests, is to protect backups that the instant messaging app creates with a password.

A screenshot shared by WABetaInfo suggest that on iPhone, the new feature would work with the WhatsApp backups stored in iCloud Drive. Users would be asked to use a case-sensitive password that they need to provide whenever they require the existing backups — mostly when reinstalling the app.

WhatsApp's Password Protect Backups seems to be in the works for iPhone users
Photo Credit: WABetaInfo

WhatsApp hasn't provided any clarity pertaining to the features spotted in its beta versions. Having said that, it has a good record of offering the updates to the public after testing them through the beta channel.

Sid Meier's Civilization VI Is Free for PC on the Epic Games Store Till May 28
Parallel Universe Discovered? No, NASA Hasn't Found a Universe Where Time Runs Backwards