WhatsApp Working on Cashback Feature for Payments Push, Multiple Features for Group Chats in the Works 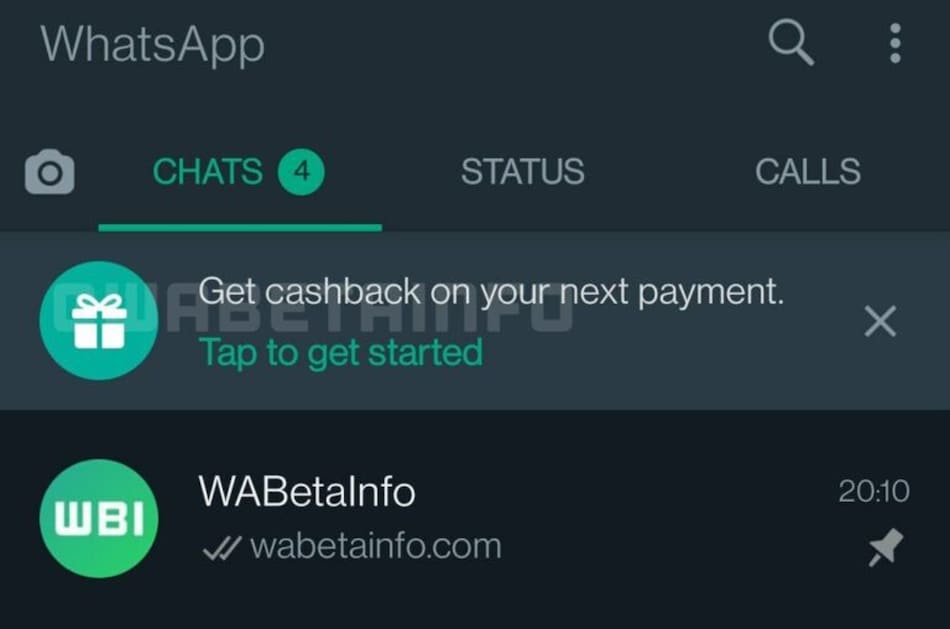 WhatsApp is reportedly working on enabling cashback for marketing its Payments feature, redesigning the group info page, and adding a feature to quickly create icons for groups. All of these features are reportedly under development, and not available for beta testers yet. The cashback feature showed a Rs. 10 cashback to WhatsApp Payments users on certain transactions, that apparently will be credited after 48 hours.

WhatsApp features tracker WABetaInfo has released a couple of new posts talking about these new features. According to WABetaInfo, a screenshot of the cashback feature shows that WhatsApp will notify users that they can earn cashback on their next payment. The tracker says that users may receive up to Rs. 10 cashback on their payment but this value may change before the official release of the feature.

According to the report, the cashback is only for UPI payments in India, and other details are limited right now. It's not clear which users will get this cashback, or what other terms will be applied, but WABetaInfo says it will be credited after 48 hours of making a payment. This was spotted in WhatsApp for Android beta version 2.21.20.3.

In WhatsApp for Android beta version 2.21.20.2, the company was spotted developing a new group icon editor feature. This will enable users to quickly create icons for groups, in the event that they don't have an image. Users can choose the background colour of the icon as well. As it is under development, so features like placing emojis and sticker can't be seen yet but are likely to be integrated in the future.

WhatsApp is also working on redesigning the group info page, to introduce chat and call buttons front and centre. This new redesign was spotted in WhatsApp for iOS beta version 2.21.190.15. The new design brings significantly bigger buttons for chat, audio and video calls. Even the share button will be given importance for all admins of groups to share the invite link easily. All of the features mentioned above are reportedly still under development.