WhatsApp's Novi integration is available for select users in the US as of now. 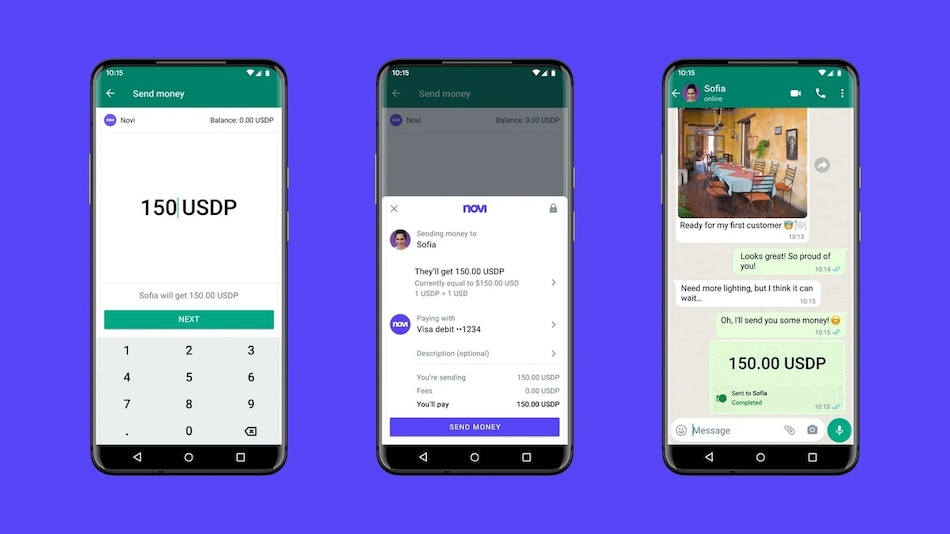 WhatsApp has announced that it is linking with the US-based Novi digital wallet, which can facilitate cryptocurrency transactions on the platform. The Meta-owned messaging service has rolled out a pilot programme with the fintech platform, also owned by Meta. It will allow users to send and receive money from within the messaging app itself. WhatsApp's new money transfer integration via Novi is currently available for a few users in the US. Furthermore, WhatsApp is reportedly working on a Communities feature and a fresh report suggests that the development may be in full swing. It is said to give the creator of a Community some additional control.

The integration of Novi with WhatsApp was announced through a couple of tweets by Novi's top executives David Marcus and Stephane Kasriel. The Meta-owned fintech platform will allow WhatsApp users to send or receive money directly. The feature is being rolled out as a pilot programme and will be available to a limited number of users in the US initially. Kasriel mentioned that "starting today, a limited number of people in the US will be able to send and receive money using Novi on WhatsApp, making sending money to family and friends as easy as sending a message."

WhatsApp CEO Will Cathcart tweeted that "people use WA to coordinate sending money to loved ones, and now Novi will help them do that securely, instantly and with no fees." The Novi integration was spotted last month and it was said that users in the US and Guatemala would be receiving the feature soon. However, the recent announcement doesn't mention anything about the rollout of the pilot programme for users in Guatemala.

Separately, WhatsApp features tracker WABetaInfo reported that Community creators will have the option to link some groups while creating a community. It is said that the service is planning to allow users to create a community through a future update for WhatsApp beta. The Communities feature was spotted last month to be under development by WABetaInfo and is said to be an expansion of the Groups feature. The Communities feature is said to be a new place where Group admins have more control over Groups in WhatsApp.