The new sticker pack is called Usagyuuun and it has been created by Quan Inc. 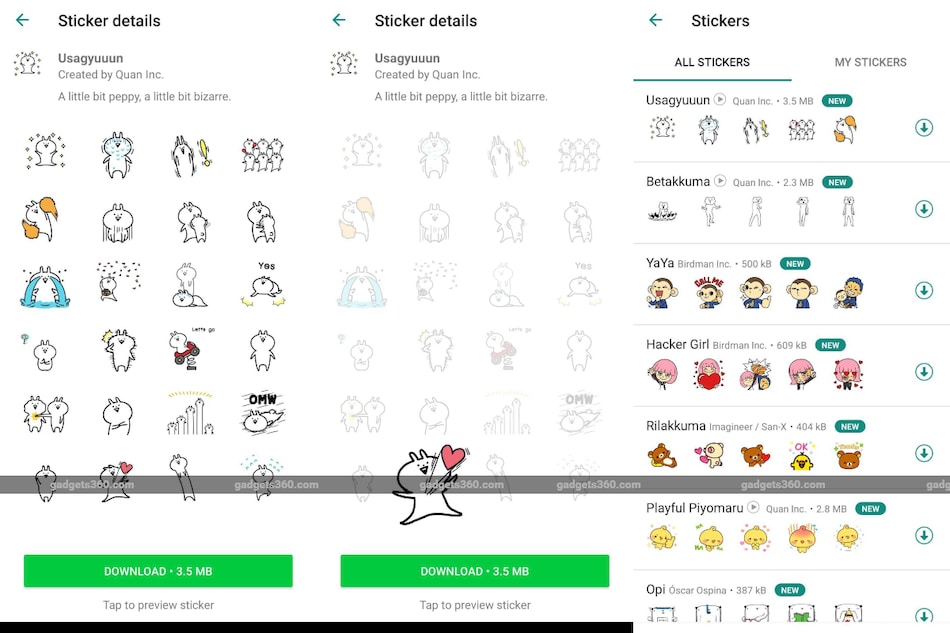 WhatsApp is adding several tweaks around wallpapers and adding a new sticker pack called Usagyuun, as found by digging into the latest beta for Android. This new sticker pack is 3.5MB in size and is animated. WhatsApp is reported to be working on bringing the ability to change wallpapers of different chats, there's also a new option called WhatsApp Dimming that is now said to be in the works. This feature will let you change the opacity of the wallpaper. It is still under development and won't be seen even with the latest update.

WABetaInfo dug into the latest WhatsApp 2.20.200.6 beta for Android to find that the company has added a new sticker pack in the default sticker list inside the app. This new sticker pack is called Usagyuuun and it has been created by Quan Inc. This is an animated sticker pack, a feature that was recently spotted in beta as well. This pack has a white cartoon character that depicts feelings of joy, anxiety, sadness, love, and a lot more.

The size of the sticker pack is listed to be at 3.5MB. Its description reads, “A little bit peppy, a little bit bizzare.” This sticker pack has been enabled in the latest beta and we were able to spot it as well.

Separately, the tracker notes that WhatsApp 2.20.200.6 beta for Android brings a new Wallpaper Dimming feature that essentially changes the colour tone based on user preference. This will be added to the new Wallpaper section that is in the works. A screenshot shared by WABetaInfo shows that a ‘Wallpaper Dimming' toggle will show up at the bottom of the screen.

Swiping the toggle left or right will let you change the opacity of the wallpaper. You'll be able to set it to the colour that suits your eyes. WABetaInfo says that this feature is still under development and it will be available in a future update.