A new speaker button now shows up in the video-editing page of WhatsApp, right before sharing. 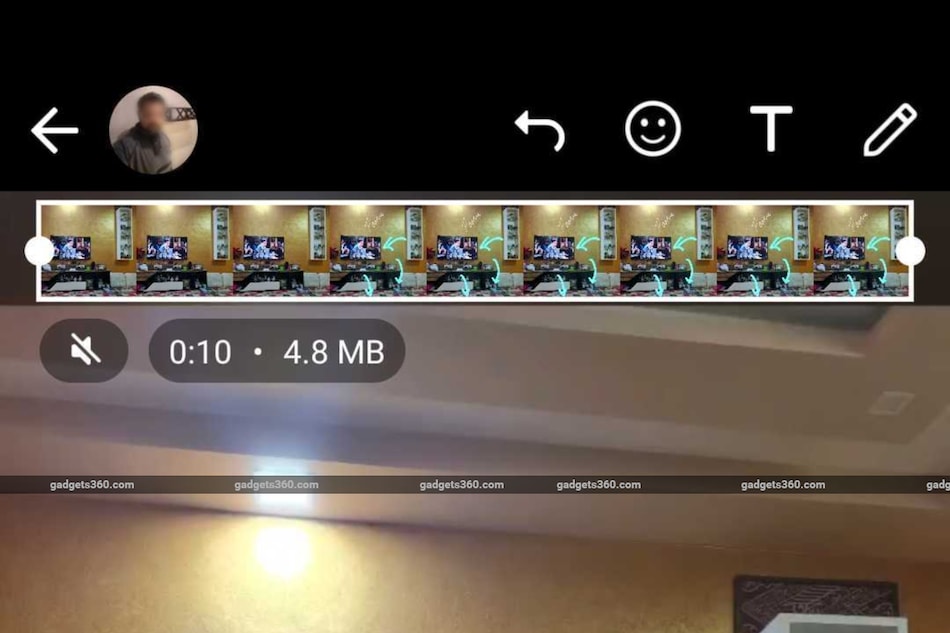 WhatsApp is rolling out the ability to mute videos before sharing. This feature was spotted in beta earlier last month, and now it's rolling out for stable users on Android. With this new editing tool, Android users can now mute the audio on videos before adding them to their Status or sending them in chats. It may take some time for all WhatsApp users on Android to get the update. There is no clarity on when iOS users will get the new feature.

The instant messaging app tweeted on February 27 that the new muting videos ability is rolling out on Android. WhatsApp says that the rollout is underway for the stable channel, and that the feature is now officially out of beta. Ensure that you are on the latest version to increase your chances of being able to see the feature. To check whether you've received the feature or not, try sending a video to an individual chat or a group or try uploading a video to your Status.

Once you select the video for sharing, the edit page shows up where you can trim the video, add captions and text, and more. A new speaker button can now be seen right below the video frames placed on the top portion of the app. By default, the video's audio will be kept on. Users can choose to click on the speaker button and mute the video before sharing.

If it isn't showing up for you, WhatsApp could be rolling out the feature gradually and all users should be able to see it by the end of the week. WhatsApp hasn't offered any clarity on when iPhone users will get the same ability.

WhatsApp is reportedly also working on bringing multi-device support that would allow users to enable WhatsApp access simultaneously on multiple devices. This feature has been spotted in beta many times, and a more recent WhatsApp for Android beta update 2.21.30.16 reportedly revealed that the company is testing a feature that will allow users to log out of an account on a linked device. This means the user will no longer have to delete their account or uninstall WhatsApp to be able to log out of an account.