WhatsApp has reportedly added a “+” sign to mark the new emoji reactions. 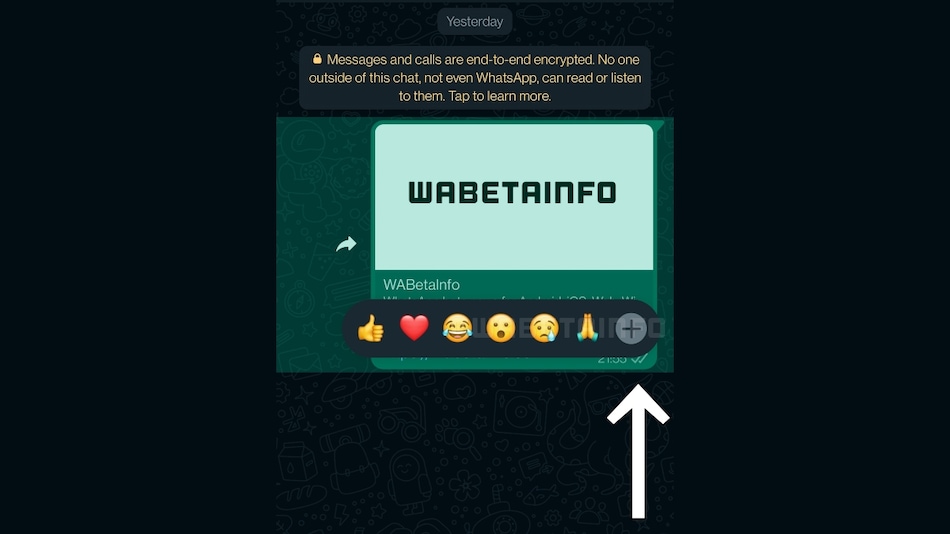 WhatsApp is looking to offer users more options than before to react to messages with new emojis, as per a report. The previous version of the feature allowed people to only choose from six emojis. The feature is under development for WhatsApp for Android beta users. There is, however, no information on what other emojis the Meta-owned instant messaging platform will add to the existing list, which was rolled out to testers last month. Emoji reactions have been available on other Meta-owned platforms like Instagram and Messenger.

As per a report by WhatsApp features tracker WABetainfo, the new version of message reactions will have a “+” button at the end of the six existing emojis: Like, Love, Laugh, Surprised, Sad, and Thanks. Apparently, upon tapping the “+” button, users should be able to react to the message by choosing a different emoji.

Since the feature is under development, there is no information on which new reactions will be available. WABetainfo says that a release date is unknown at the moment so we might have to wait a little longer to get the feature. As mentioned, Facebook Messenger and Instagram allows users to choose any emoji as a reaction to messages. It could be possible that WhatsApp will offer similar options as the other two other platforms owned by Meta.

WhatsApp has also been testing the message reactions feature for WhatsApp Desktop, alongside a shortcut for emoji reactions next to messages on the desktop app. This would enable users to quickly react to messages. The emoji message reaction feature is already available to users on WhatsApp competitors such as Discord, Slack, and Telegram.