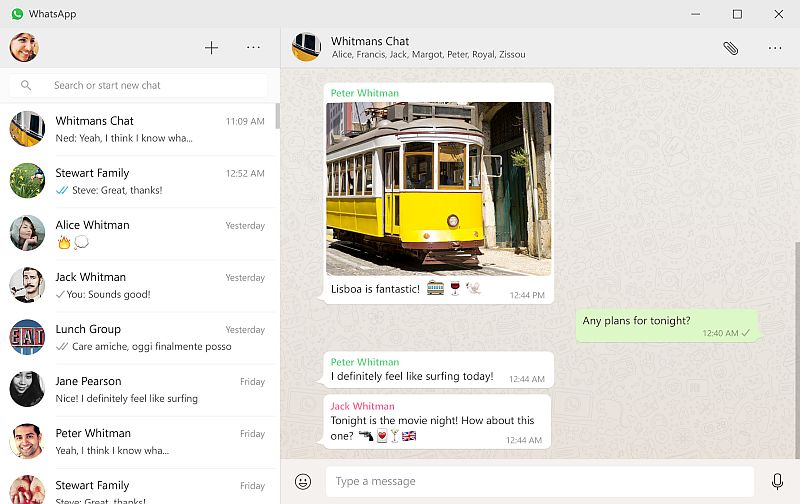 Highlights
WhatsApp on Tuesday launched desktop apps for Windows and Mac. The new apps are available for download via the company's site and are compatible with devices running Windows 8 and above, and devices running Mac OS X 10.9 and above.

With the launch of desktop apps, WhatsApp is now available across all popular platforms in app form. WhatsApp's desktop apps have been released almost 14 months after the company launched WhatsApp Web that initially marked the debut of the popular messaging app on non-mobile platforms.

Notably, the WhatsApp desktop apps work similarly to the WhatsApp Web client and the app will mirror conversations and messages from mobile devices.

"Today [Tuesday] we're introducing a desktop app so you have a new way to stay in touch anytime and anywhere - whether on your phone or computer at home or work," said WhatsApp in a blog.

The new desktop apps are synced with WhatsApp on mobile devices, and the app will run natively on the desktop, which means it will have support for native desktop notifications.

WhatsApp has been lately working on adding various features to its messaging service. It is expected to add call back, voicemail, zip file sharing, and video calls support to the service soon.