WhatsApp is indeed working on giving its user base peace of mind. The latest build of WhatsApp for Android v2.12.500 comes with a number of features including showing users whether their messages are end-to-end encrypted, and it is also finally collapsing long messages. Some users are reporting that the above changes are only visible on v2.12.498, which can be downloaded from the APKMirror website.

The extremely popular instant messaging client was seemingly testing an option in January which allowed users to add an indicator to let them be aware whether their chats are encrypted. While indicator isn't precisely the same, the latest build of the messaging client, available to download via the company's site and the Google Play beta testing program, does bestow users with the following message, "messages you send to this chat are now end-to-end encrypted."

Additionally, users are also shown a similar message when sending a text message to a group. The feature as per Android Police reportedly is also working for users on versions between 2.12.493 and 2.12.500. For it to work, people on the recipient side are also likely to be on the latest build. WhatsApp's iOS client doesn't have this feature just yet.

WhatsApp now automatically collapses a message when it's too long. It's an interesting inclusion because it could make things look less cluttered, and it could also make it easier for you to check the following messages without scrolling through a string of too many characters. Additionally, it could also help WhatsApp circumvent glitches that make WhatsApp crash when somebody sends a message with more than a few thousand emoticons.

Facebook-owned instant message and voice client also seems to be working on bringing some tweaks to its user interface. One change is the inclusion of an Exit group icon, a feature that has been pulled from build 2.12.500, according to Android Police. The other addition is an option called Starred messages, that lets you scroll through all the messages you've starred in one place. 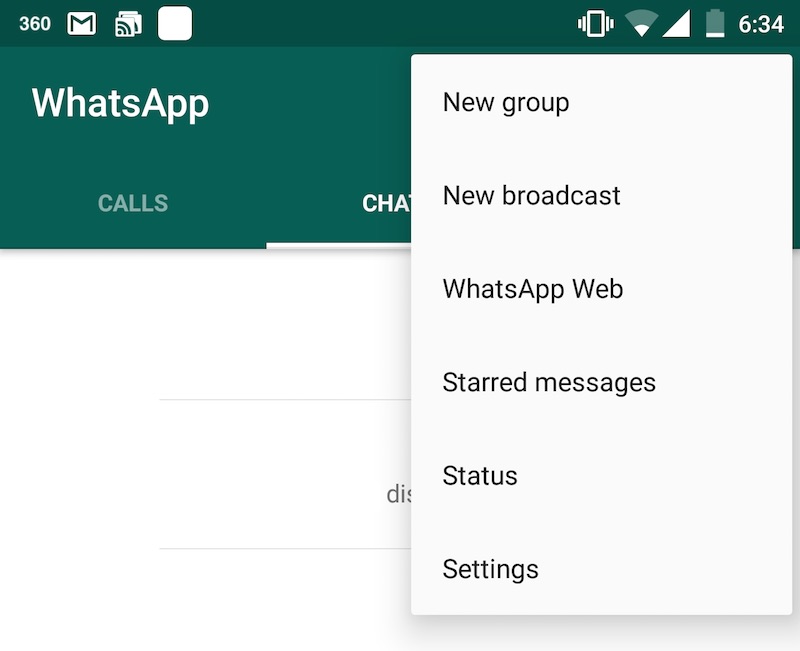 The highlight is certainly the end-to-end encryption message. To recall, in 2014, WhatsApp had partnered with Open Whisper Systems, a non-profit software group that develops collaborative open source projects to scramble messages with a cryptographic key to bolster privacy. In the same year, Open Whisper Systems noted that the end-to-end encryption had been implemented on WhatsApp's Android client.