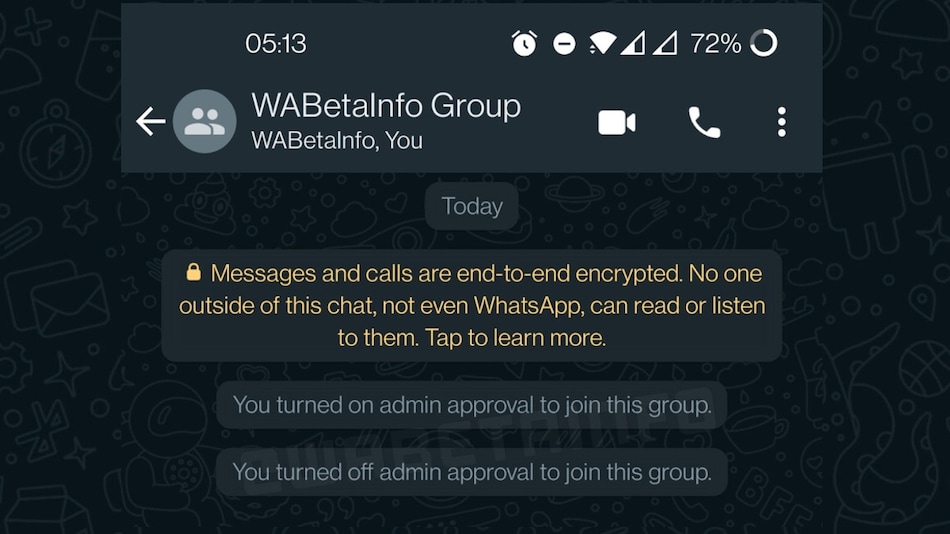 There will be a new section to access the feature

WhatsApp is working on a new feature that will allow group admins to manage joining requests by using a group membership approval option. Called Group Membership Approval, the feature is under development for WhatsApp for Android and will be rolled out to beta testers in the future. A preview of this feature has been shared ahead of its release for testing. It follows a development in which the Meta-owned instant messaging platform reportedly started rolling out the ability to add up to 512 members to a group chat.

WABetainfo, a platform that tests WhatsApp features before they are released to the masses, has provided a preview of the Group Membership Approval. Group admins can turn on/ off the feature by accessing it within group settings. The platform also reports that there will be “a new section within the group info where admins can manage all incoming requests from people that want to join the group.” Once enabled, people who want to join the group by using a group invite link will have to be manually approved by a group admin.

While the detailed functionality of the feature is not known, it could prove handy in various situations. For example, you are making a football team and want to invite players who fulfil certain criteria to participate. You can float a WhatsApp link that will allow interested athletes to join the group via that link. If the Group Membership Approval is enabled, you can manually approve the requests upon checking if the player who has requested has fulfilled the criteria.

The development comes a few days after Meta-owned social messaging platform started rolling out a feature to let the group admins add up to 512 members to a group chat. Reportedly, the feature has rolled out widely.

Apart from Group Membership Approval, WhatsApp for Android is also reported to get some new gender-neutral emoji in this update.