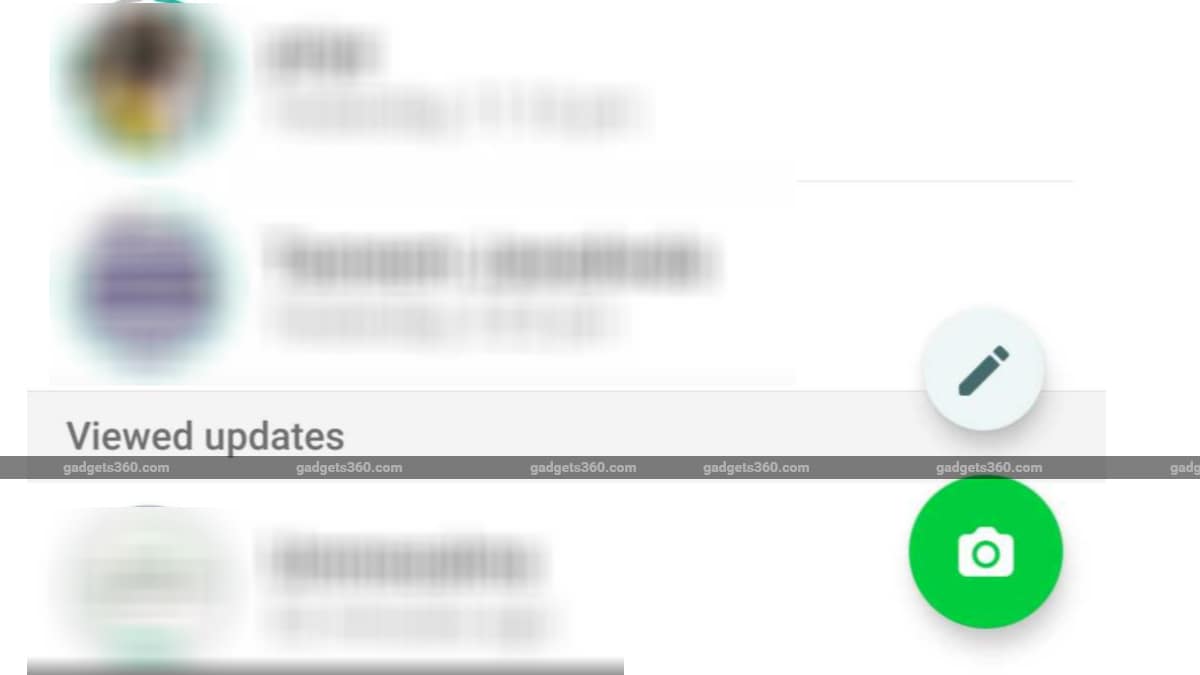 WhatsApp has released a new Android beta update bringing minor design changes and an important fix. The latest Android beta update carries the version number 2.19.328. The update is rolling out to beta testers, and is available via the Google Play beta programme. Users running the stable who want to try out the beta release will need to register for the Google Play beta programme first, though if they are unable to register, they can sideload the APK file. The update brings a change in the Instagram logo-like camera icon inside the WhatsApp app.

WhatsApp for Android beta 2.19.328 is now rolling out to beta testers. Features tracker WABetaInfo reports that the update brings the new camera icon in-app. The new camera icon (seen above) can be spotted in the Status tab at the bottom right edge. Furthermore, WhatsApp has also updated the Camera icon in the Chat bar as well. Earlier, the app had a more Instagram logo-like camera icon, and that has been replaced with a more traditional camera logo. Gadgets 360 can also spot the change with the latest beta update.

Lastly, WABetaInfo reports that this beta update appears to have fixed a bug that crashed the app while listening to voice messages. This issue was affecting only a small part of users, and a fix has rolled out with Android beta version 2.19.328. As we mentioned, you can access this release via the Google Play beta programme. If you're unable to register however, you can sideload the APK via a trusted source like APK Mirror. Earlier this month, WhatsApp started rolling out updated group privacy settings globally. These settings provide you with additional control for who among your contacts can add you to a group. Both Android and iPhone users worldwide received the new settings, and it enables users to gain more control on which groups they are added to. This new setting has been added to curb spam group invites.