WhatsApp Gets Fingerprint Lock Feature on Android, Months After iPhone

WhatsApp for Android users can now choose to lock the app – with their fingerprints as authentication to unlock it thereafter. 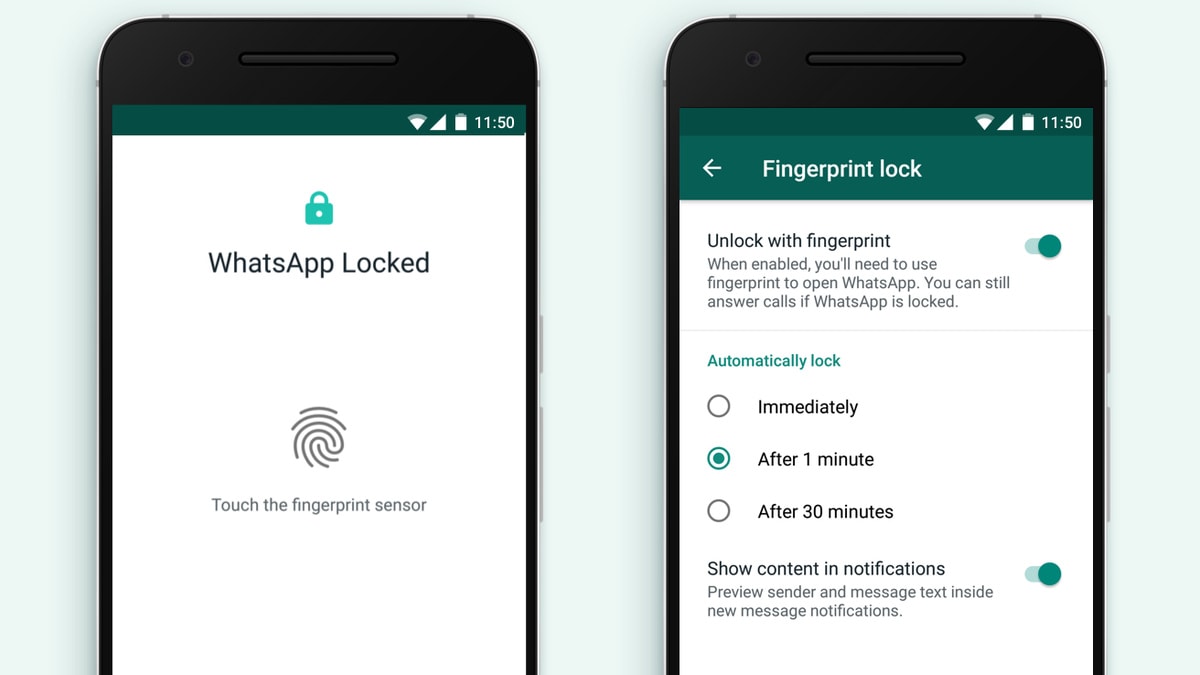 WhatsApp for Android has finally got a fingerprint lock feature

WhatsApp on Thursday announced the launch of Fingerprint Lock for Android. With the move, the Facebook-owned company is finally bringing biometric authentication to the Android app, with iPhone users enjoying both Touch ID (fingerprint recognition) and Face ID (facial recognition) since February this year. With the feature, Android users can now have the app lock automatically, and unlock only with their fingerprint. The move comes at a time WhatsApp is making headlines thanks to a recent hack, and its fallout including a lawsuit against spyware-maker NSO Group alleged to have made the hack possible.

Just like the Touch ID feature enabled for iPhone users, WhatsApp for Android users can now choose to lock the app – with their fingerprints as authentication to unlock it thereafter. Users can also choose how much time the app will automatically lock in, from immediately after closing, to after 1 minute, and after 30 minutes. Users will also be able to choose whether the content of their messages will be visible in notifications, including the sender of the message.

WhatsApp for iOS has an additional feature for now – users can also choose to use Face ID as their means of biometric authentication. As we mentioned, both Touch ID and Face ID options were enabled for iPhone users back in February. As for Android, the feature first appeared in beta back in August, and the company has now announced its rollout to users of the stable version.

AirPods Pro Teardown Shows How 'Impractical' They Are to Repair: iFixit
WhatsApp Hack: Government Officials Said to Be Targeted in at Least 20 Countries