WhatsApp 'Delete for Everyone' May Get Indefinite Time Limit, New Video Interface Spotted on iOS

WhatsApp is expected to increase 'Delete for Everyone' feature's time to an indefinite period, thanks to evidence in a beta build. 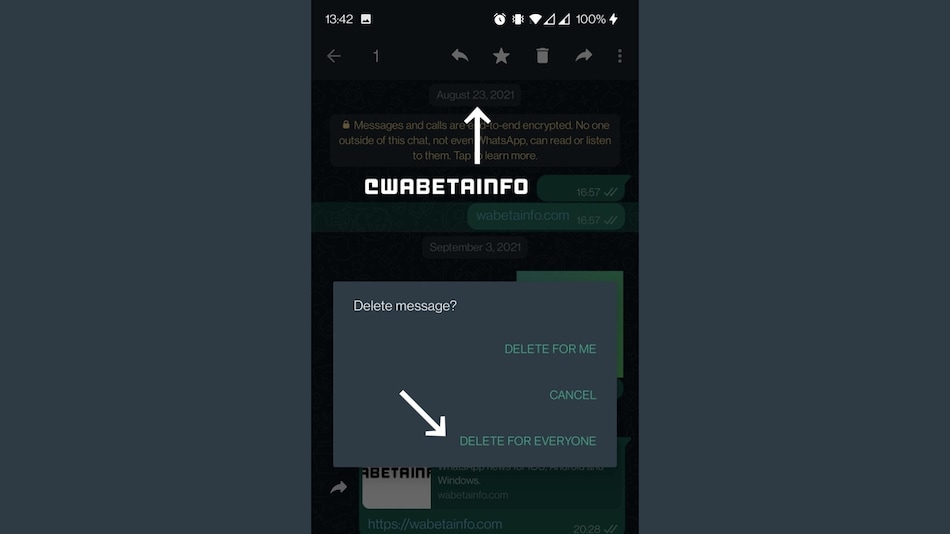 WhatsApp is reportedly working on extending the time limit for the 'delete for everyone' feature. Another report suggests that the instant messaging service from Facebook (now Meta) is rolling out a new video playback interface for iOS devices for videos shared from Instagram, YouTube, and more such platforms. The message delete feature for WhatsApp was initially introduced in 2017 and the 'delete for everyone' feature's time limit was set to seven minutes and a few months later was increased to more than an hour.

WABetaInfo, the WhatsApp features tracker, reports that based on details found in WhatsApp for Android beta v2.21.23.1, the time limit for the 'delete for everyone' feature may be increased to an indefinite period, up from the 4,096 seconds time limit introduced in 2018. The tracker also notes that since this feature is still under development, and should be taken with a pinch of salt until it arrives for beta testers. There is also no information on the release timeline for this upcoming feature.

The 'delete for everyone' feature was first introduced in 2017 and then, the time limit for the feature was set to seven minutes. This feature lets users delete messages from personal and group chats in WhatsApp. Once a message is deleted, it is replaced by a notification in the chat window stating This message was deleted.

Another report by WABetaInfo mentions that WhatsApp on iOS is getting a new video playback interface. This will allow users to pause, play the video in fullscreen, or close the picture-in-picture window. Some iOS beta testers on v2.21.220.15 of the app have reportedly started receiving this functionality. This was introduced in a beta version for Android devices late last month. Furthermore, the tracker reports that some iOS beta testers may notice a change in the way YouTube videos are played in WhatsApp. These videos will automatically be shown in the fullscreen mode.