WhatsApp Dark Mode Leaked for Desktop, Said to Be in Development for Web as Well

Before even launching for mobile users, WhatsApp seems to be working on a dark mode for WhatsApp Web and desktop application. 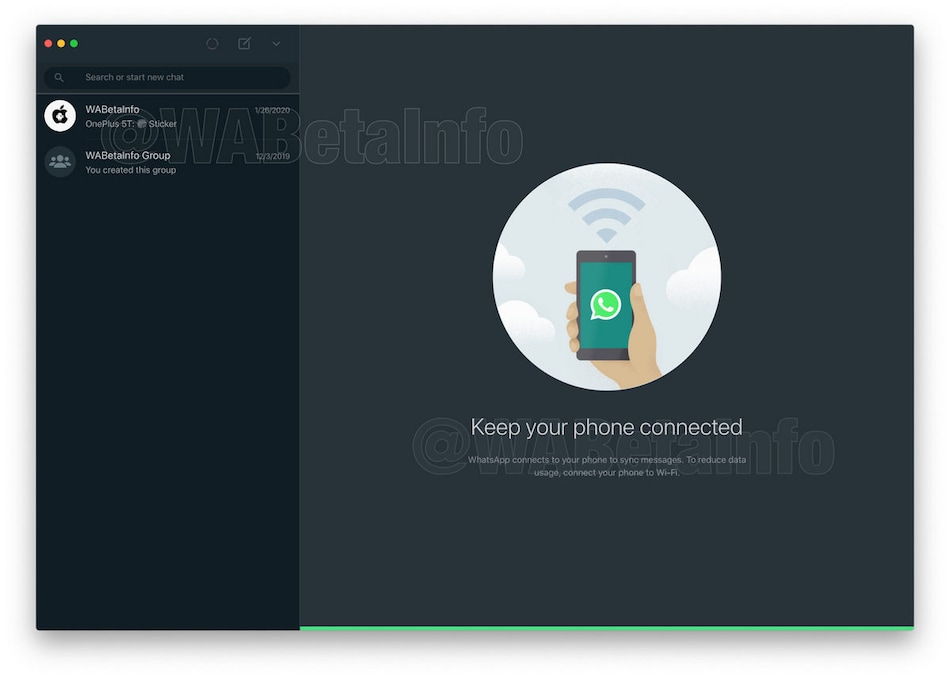 WhatsApp brought dark mode to its app in beta versions for Android and iPhone in early 2020. Now, although the stable apps are yet to see the dark mode rollout, WhatsApp beta features tracker WABetaInfo claims the company is working to bring the dark mode to its desktop application and WhatsApp Web. The tracker has also shared screenshots of the dark interface on the desktop app, and while the leaks suggest that the feature will be easier on the eye, it's still clearly a work in progress.

As per a post by WABetaInfo, the dark mode desktop and Web is currently in development in its early stages, and the feature isn't publicly available yet. There is no expected launch date either. Given that the first time a WhatsApp dark mode was talked about was in 2018, it is possible the company may take some time to bring it to WhatsApp Web or desktop. The beta features tracker has shared screenshots of the dark mode on WhatsApp for desktop, and claims a lot of tweaks still need to be made, and currently, there is no toggle to enable the dark mode.

To recall, dark mode for WhatsApp mobile applications was launched with version 2.20.13 Android beta in January, and 2.20.30.13 iOS beta for iPhone users early this month.

It is still not known as to when users of the stable WhatsApp applications will get the dark mode. For mobile, the application's native dark mode is simply called Dark in the theme selection interface, and it imparts a dark green profile to the messaging app's entire UI with some contrasting colours here and there. The company has been observed more widely rolling out dark mode for users of the iPhone beta app.

WhatsApp last week made headlines when it was spotted that its group chat invite links were being indexed by Google. Soon after, WhatsApp appears to have made some changes, and worked to remove results from searches.