WhatsApp beta for Android 2.21.9.7 update screenshot shows that the company is working on the chat migration feature. 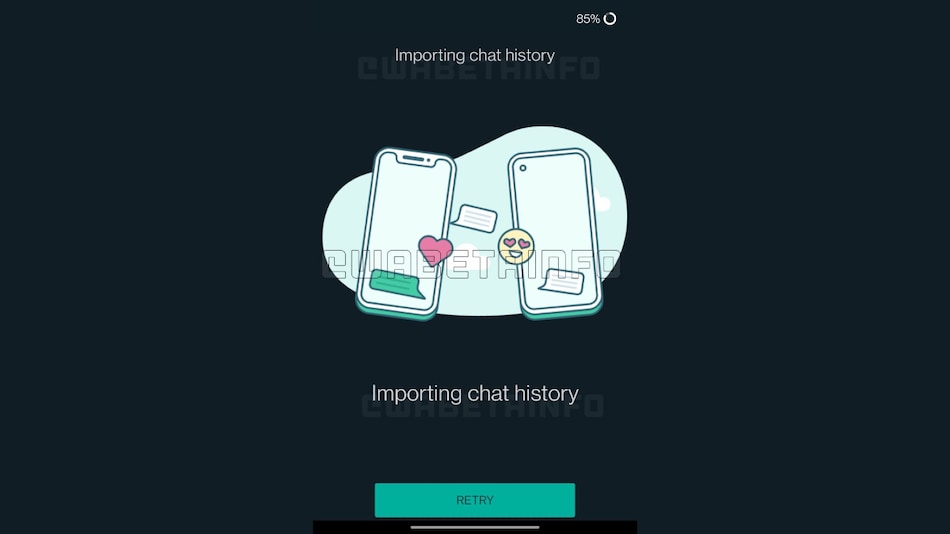 WhatsApp is testing a new feature for Android devices that will let users migrate their chat history between Android and iOS devices, according to WABetaInfo. Previously, this feature was reportedly being tested for iOS, and the WhatsApp beta update shows that the company has finally started to develop the same feature on Android. It is noteworthy that Facebook-owned WhatsApp had previously said that third-party apps that claim to help users migrate chat history across the two platforms violate its Terms of Service.

As per a report by WABetaInfo, a platform that tests WhatsApp features in beta and publishes information about them, WhatsApp beta for Android 2.21.9.7 update screenshot shows that the company is working on the procedure to import chat history. On WhatsApp for iOS, WhatsApp was seen working on the export process. Furthermore, WABetainfo says that it is not known what method will be used for cross-device data transfer, “but it's likely they will use Google Drive to momentarily store the chat history to import to WhatsApp for Android.”

The platform also mentions that when WhatsApp will complete the feature to export chats from iOS to import to Android, they will probably start developing a chat history export for Android and import for iOS. WhatsApp's chat history migration feature is a part of the multi-device functionalities. Last year, WABetaInfo reported about a feature that would sync chat history across platforms last year.

SpaceX Plan to Deploy Over 2,000 Starlink Satellites Gets US FCC Approval
COVID-19 Vaccine Registration Goes Live in India for People Aged 18-44 Years: How to Register