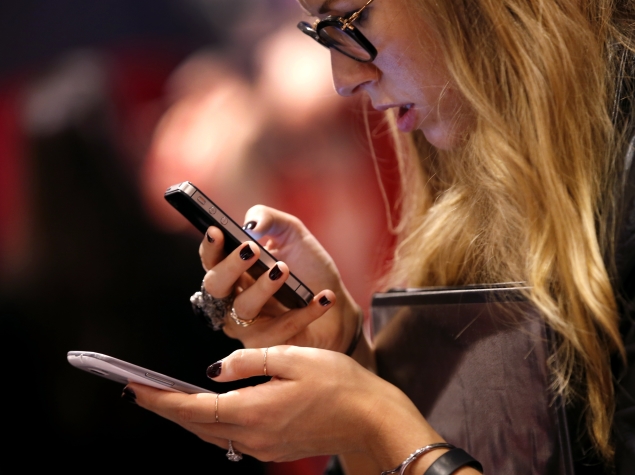 Almost half of the divorce cases in Italy rely at least in part on information gathered through the instant messaging service WhatsApp, according to the Italian Association of Matrimonial Lawyers.

Analysts say social media is playing an increasingly important role in Italian society, though the influence of WhatsApp surprised most observers.

WhatsApp, which was acquired by Facebook for $19 billion in February, allows free messages to be sent between people and groups via smartphones.

According to Gian Ettore Gassani, president of the Italian Association of Matrimonial Lawyers, the information was gathered informally based on evidence cited by lawyers in divorce proceedings.

It revealed that WhatsApp had emerged as the most important single source of information showing marital infidelity in divorce cases, outdistancing telephone calls, text messages, - mails, written notes or any other kind of communication.

He said the most common scenario is that the unfaithful partner leaves the phone around the house, unguarded, where a suspicious spouse can open it and read the messages.

Interestingly, Gassani noted that men were much more likely to be caught than women -- though not necessarily because they cheat more often.

"Women tend to delete incriminating messages or photos after they have seen them," Gassani said. "Men are more likely to save the message or photograph to come back to in the future. And that makes them more likely to get caught."

Italy has one of the world's highest concentrations of cellular phones and other mobile devices, while at least a third of Italians are still without internet access on a home computer. That means phones play a large role in the way most Italians stay connected to the outside world.

In addition, romance and attention from the opposite sex plays an important role in the culture, according to experts.

"Many of the ways society has changed in the last generation or so made the idea of the Italian version of the 'Latin lover' more difficult," University of Milan sociologist Adriano Mensa said in an interview. "WhatsApp is one of the exceptions that make it a little easier."

Even though with nearly half of recent divorce cases cite information gathered on WhatsApp as evidence, Gassani said the number of discoveries might be a small fraction of the real total.

"Keep in mind that many people's phones are protected by passwords, and many delete inappropriate messages," he said. "If WhatsApp messages could be intercepted by wiretaps like phone calls, I think the divorce rate in Italy might be much higher."