The latest WhatsApp update carries the build number v2.19.327 and is now available via the public beta channel. 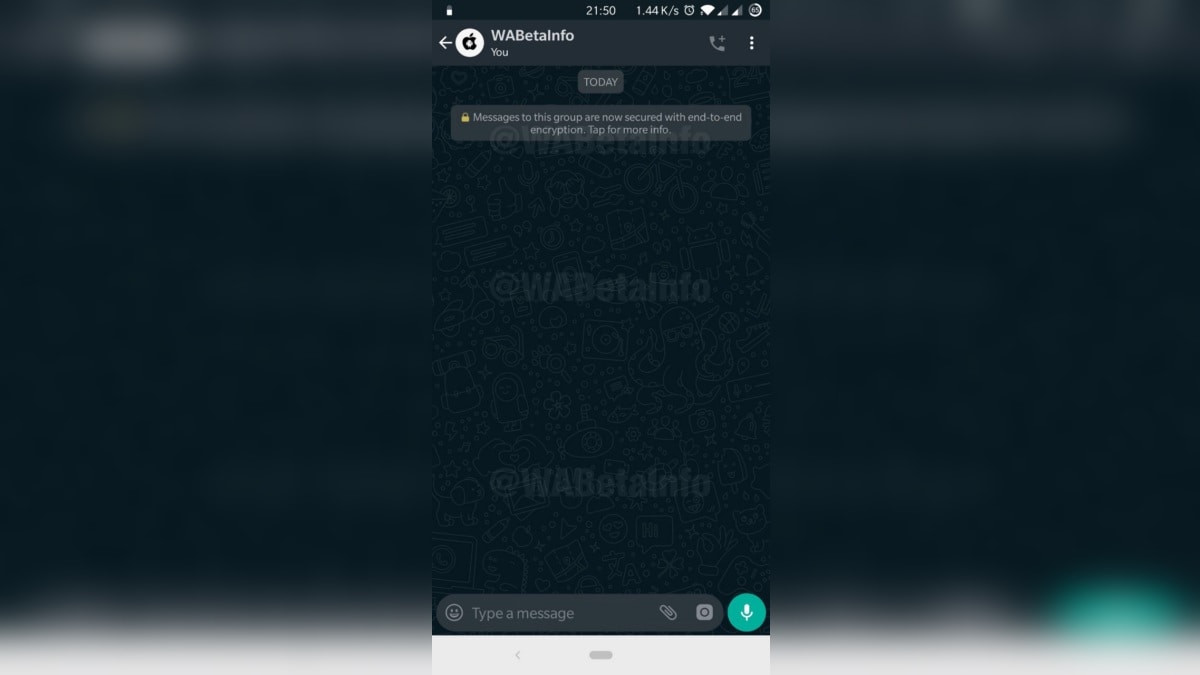 WhatsApp is inching closer to getting the long-awaited dark theme, but apart from traces in the app's beta builds, the feature is yet to arrive in its full-fledged version. The latest beta update of WhatsApp on Android brings yet another trace of how the dark theme will actually look in the app's UI. More specifically, the updated build hints at the arrival of a Dark Default Wallpaper that will blend with the night blue colour scheme of the app's dark theme. However, the Dark Default Wallpaper is not accessible to beta testers at the moment.

WABetaInfo spotted the rollout of WhatsApp's latest beta update, and more importantly, the trace of a Dark Default Wallpaper in the app. The screenshot shared by WABetaInfo shows a night blue overlay across the status bar at the top, the contact name strip, as well as the date and information bubbles below it. The appearance of the Dark Default Wallpaper is much more in line with the dark background, compared to the contrasting colour scheme that is currently visible when the system-wide dark mode is enabled from the phone's settings menu.

The latest beta build of WhatsApp, which carries the build number v2.19.327, is 18.15MB in size but it does not bring any new features that are visible to users. Also, it is not known when WhatsApp will finally get the dark theme that has been in the pipeline for a while. But building towards it, the app received a splash screen feature via a beta update last month that served as a precursor for the arrival of the dark mode. WhatsApp also started rolling out the updated group privacy settings recently that provides users with additional control as to who among their contacts can add them to a group.

India Smartphone Market Shipped a Record 46.6 Million Units in Q3 2019: IDC
LinkedIn Brings Its 'Open for Business' Feature to India (and the Rest of the World)