There is still no sign of a full-fledged dark mode in the WhatsApp app for Android. 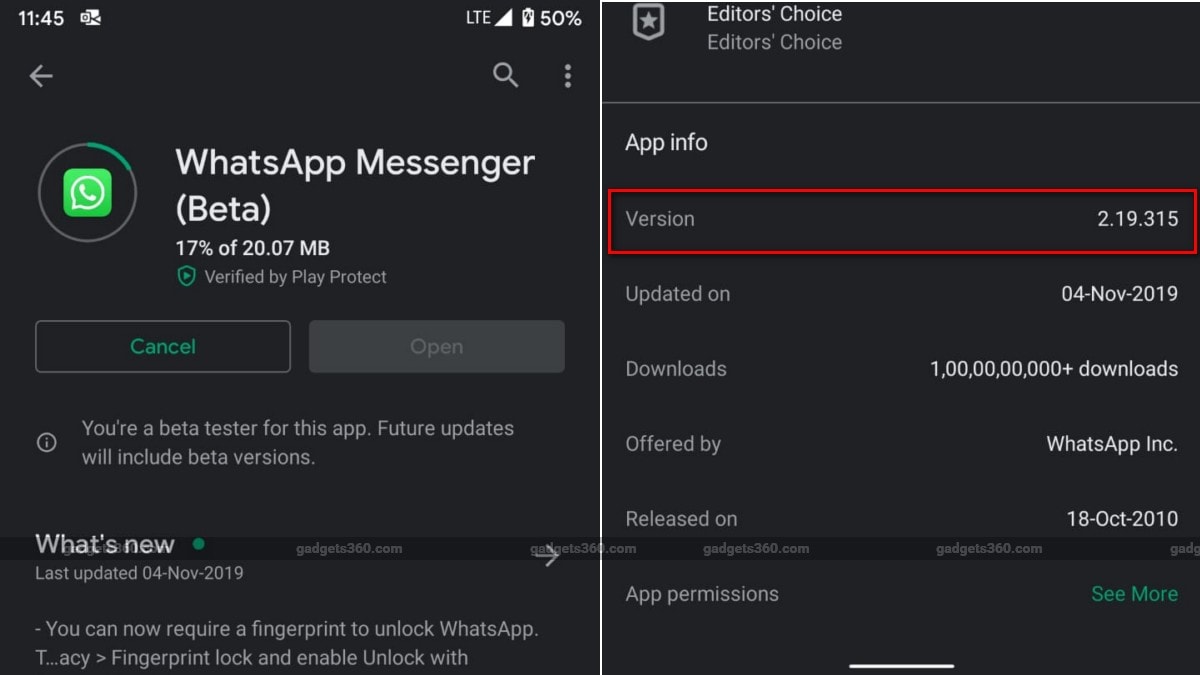 WhatsApp has received a new software update that is now available to all users via the Google Play beta programme channel. The latest beta update for WhatsApp on Android brings a tonne of new emojis, and also changes a few of the existing ones. However, some of the highly anticipated features such as dark mode and the ability to natively play Netflix trailer videos that were recently spotted testing are yet to arrive on the app's public beta or stable versions. The new splash screen with a dark theme is still there in the latest beta build of WhatsApp for Android.

The rollout of WhatsApp's latest beta update, which carries the build number 2.19.315, was first spotted by WABetaInfo. We can confirm that the aforementioned update is now available for users who have enlisted in the WhatsApp beta testing program for the app's Android client. As for features, well, the update doesn't bring any. And an APK teardown is also yet to be done that could reveal hints of any new features that are in the pipeline. If you are unable to join Google Play's beta testing programme for WhatsApp, you can sideload the latest version via APK Mirror.

As mentioned above, the latest beta update for WhatsApp on Android only brings new emojis and tweaks a few existing ones. The new emojis include more couple emoji variations, colour blocks, yawning face, and a single individual in various postures. Talking about the emoji design changes, WABetaInfo notes that the update does minor aesthetic tweaks to three existing emojis. WABetaInfo also mentions that the update also brings support for the latest Unicode standard. But that's about it as far as changes brought by the new WhatsApp beta update are concerned.

There is still no sign of a full-fledged dark theme or night mode on the WhatsApp app for Android, however, the dark splash screen is still there, and so is the fingerprint lock feature. WhatsApp for iOS was recently spotted testing two different configurations of the dark theme, and screenshots depicting support for native Netflix trailer video playback were also spotted. But there is no word when the aforementioned changes will arrive via a stable update or the public beta channel.