WhatsApp for Android to Get New Drawing Tools, Desktop App to Get New Colour Scheme: Report

WhatsApp is also said to be working on a blur image tool for its Android app. 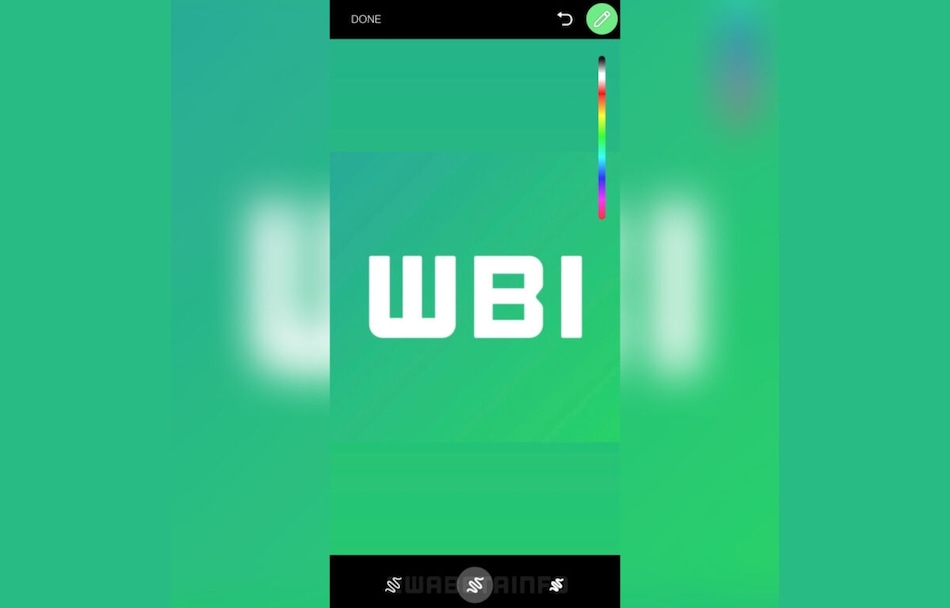 WhatsApp's new drawing tools to get two pencils – one thicker, one thinner than the existing pencil

WhatsApp is reportedly getting new features for its Android and desktop apps. For the Android app, the instant messaging app is said to be adding new drawing tools and will get new pencil tools in a future update. Separately, WhatsApp for Desktop is receiving new chat bubble colours. The desktop app will be receiving a new dark blue colour and is only visible while using the dark theme mode. WhatsApp is also testing a new emoji message reactions information tab as well as new settings for message reactions notification.

As per a report by WhatsApp features tracker WABetaInfo, WhatsApp is adding new drawing tools to its Android app. Meta's instant messaging app is said to be planning to add new pencils to draw on images and videos through a future update. WhatsApp right now has a single pencil to draw but will be getting two new pencils – one thinner and one thicker than the existing pencil.

Furthermore, the report mentions that WhatsApp is also working on a blur image tool that may also see the light of day sometime in the future. The new features were discovered in WhatsApp beta for Android 2.22.3.5 update, but are disabled by default. The report also mentions that since these aforementioned features are still under development, it may be a while till WhatsApp beta testers get their hands on them.

Another report by WABetaInfo mentions that the instant messaging app is bringing new colour to its Windows and macOS apps with WhatsApp beta for Desktop 2.2201.2.0 update. The new colour scheme will reportedly be visible in the dark theme and the chat bubbles seem to be greener compared to the existing colour. Additionally, the update also brings colour changes to other elements of the app. The chat bar and background colour now reportedly have a blue tinge.

A report from last week mentions that users on WhatsApp for iOS will reportedly get new notification settings to manage which notifications they want to receive – either for individual or group chats – and the ability to manage notification sounds. The instant messaging app will also reportedly show a message reactions information tab that will show who liked the message and which emoji was used.