WhatsApp Beta for Android Crashing for Some Users, Bug Fixed Through an Update: Report 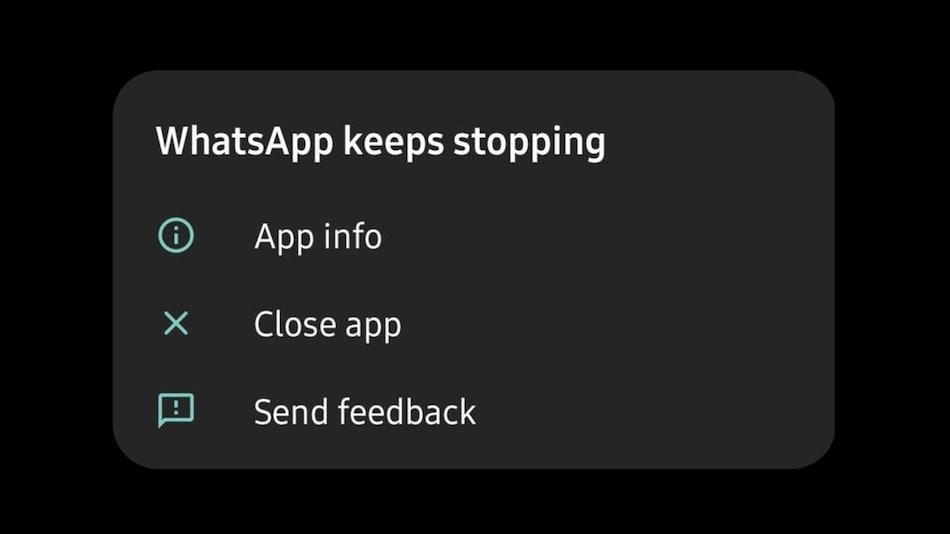 WhatsApp beta for Android was reportedly crashing for users on two builds. The instant messaging app from Meta has released a fix for the bug that caused it to crash, as per another report. Users of WhatsApp faced an unknown error when opening the app or while sending media. The new build does not provide the reason for the crash and only carries the fix. However, there is also a guide for how users can revert to an older version of WhatsApp beta without losing their chat data.

A report by WABetaInfo, the WhatsApp features tracker, Meta's instant messaging service was crashing for some beta testers. WhatsApp beta for Android 2.22.4.6 and 2.22.4.7 reportedly faced an unknown error that caused them to crash when users tried opening the app or while trying to send media.

Another report by WABetaInfo mentions that WhatsApp has released a fix for the bug that caused its beta testing app on Android to crash. The fix is bundled with WhatsApp beta for Android 2.22.4.8. The report did not mention the reason for the app crashing on some users' Android smartphones.

The WhatsApp features tracker recommends users to back up their data on Google Drive before updating to a new beta build. This way, if the beta app has a bug that causes it to crash, users can prevent their data from being lost. One of the remedies — before the app gets a bug fix — is to revert to an older build.

Joni Mitchell Pulls Her Music From Spotify Over COVID-19 ‘Lies’, Days After Neil Young Did the Same