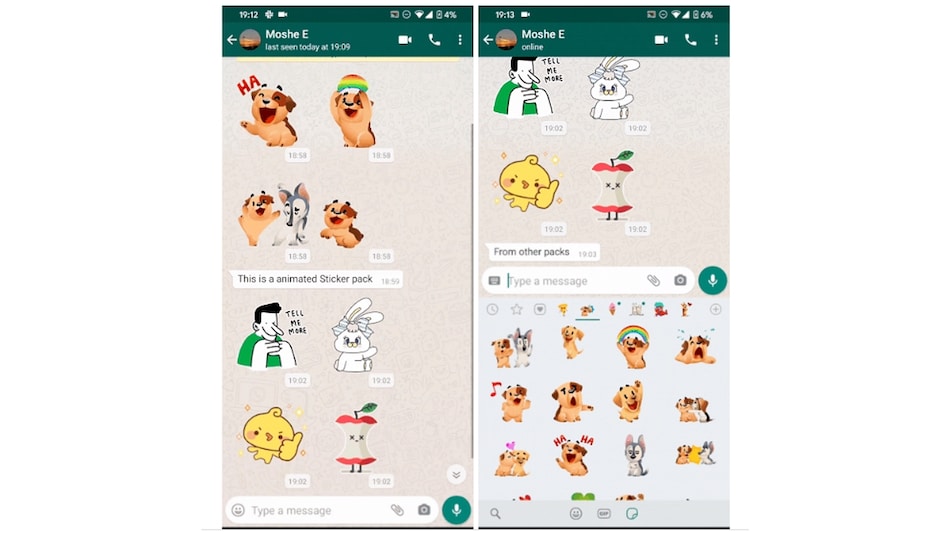 Android Police reports that they are able to download default sticker packs from WhatsApp as well. They could see five sticker packs - Playful Piyomaru, Rico's Sweet Life, Moody Foodies, Chummy Chum Chums, and Bright Days. The report reiterates that the sticker packs are not seen unless someone sends a sticker from each pack. Third-party animated sticker packs aren't supported on WhatsApp v2.20.194.7 beta for Android.

The report details that stickers in chats only animate once and the user will need to scroll up or down to trigger them again. However, the animated stickers loop indefinitely in the WhatsApp picker. WhatsApp v2.20.194.7 beta for Android can be downloaded via APK Mirror or if you are on WhatsApp beta channel via Google Play store, you will get it automatically.