A new Linked Devices section was discovered that will show users all the synced devices and let you add a new one. 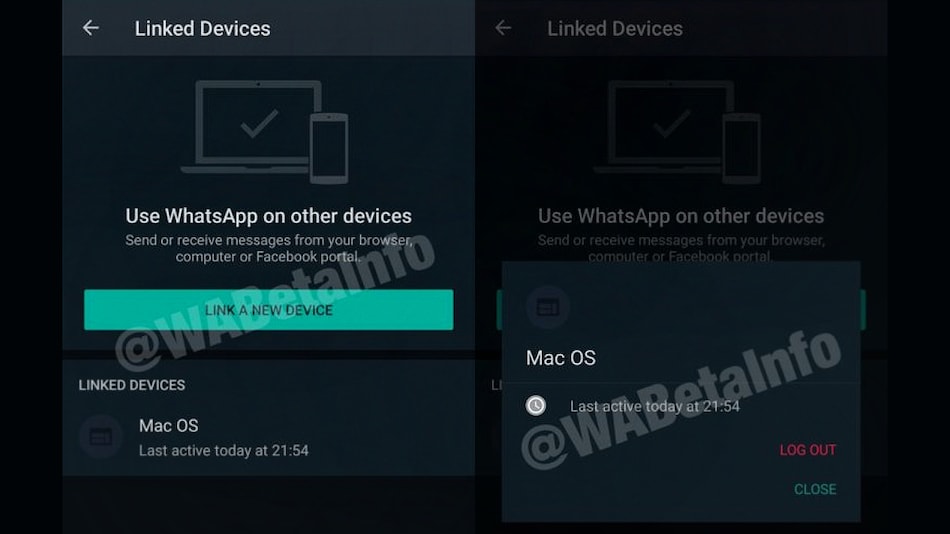 WhatsApp has released a new Android beta update and it reportedly leaks some of the upcoming features that the social giant may be working on. This latest WhatsApp v2.20.196.8 beta for Android gives us a glimpse on two anticipated features – advanced search mode and multiple device support. WhatsApp has been reported to be working on the ability to let one account run on multiple devices, and this latest beta gives us a glimpse on how the UI will look like, and what it may be possibly called. Furthermore, advanced search mode has also been in the works since a while, and this new beta shows some UI improvements that the company has made for the feature.

WABetaInfo has dug inside the latest WhatsApp v2.20.196.8 beta for Android to uncover some new features that the social messaging app may be working on. The first one to be spotted was the heavily rumoured multiple device feature. Screenshots of this feature show WhatsApp is actively working to create the UI for this multiple device feature. Based on the screenshots, WhatsApp may be calling it ‘Linked Devices' and it is accessed through the three dots icon found on the top right of the screen. This feature will let you use your WhatsApp account on multiple devices, without having to log out of one - which is the case currently. The social giant is working to allow four devices to sync at once, the tracker reports.

The new ‘Linked Devices' feature should also sync data across devices for seamless accessibility. This new Linked Devices section will help the user to add a new device and, like the current WhatsApp Web/Desktop section, it reports all linked devices to your WhatsApp account. This feature is currently under development and cannot be seen even when you've installed the latest beta.

Furthermore, WhatsApp v2.20.196.8 beta for Android also reportedly reveals UI improvements for the work-in-progress advanced search mode. WABetaInfo has shared a screenshot that shows how this feature may work, allowing users to narrow down their search to photos, videos, links, GIFs, audio, and even documents. This feature was recently spotted in April in WhatsApp v2.20.117 beta for Android. This feature is also still under development and may not be seen even if you're on the latest beta version.