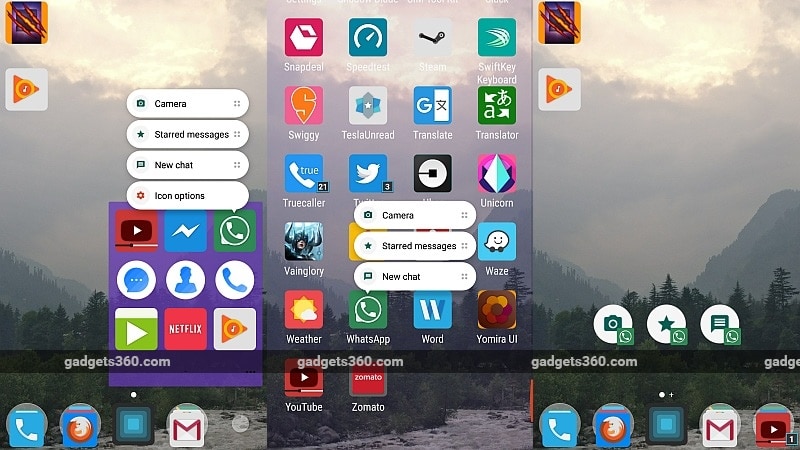 WhatsApp is now testing launcher App Shortcuts on Android. These shortcuts allow you to jump to a desired pre-mentioned place in-app as soon as you launch it. As mentioned, this feature was found in the Android beta, and there’s no word on when it will arrive for the general audience using stable builds.

Android Police spotted the App Shortcuts feature first, and the thing about these launcher app shortcuts is that they are quite redundant. Instead of allowing users to do useful things like add a Status directly, or show your frequent or pinned chats, it gives you the option to open the camera, and chats with people you don’t really talk much with.

There is also a shortcut for a ‘New Chat’, but for those who use WhatsApp regularly, would know that a new chat is seldom ever used. Most often than not, we tend to speak to people that are already on our chat screen. We're seeing the feature too, on v2.17.277 for Android, with slight differences - we also see the shortcut for Starred messages.

The App Shortcuts feature was introduced in Android 7.0 Nougat, but, users can access the feature on Android 6.0 Marshmallow as well using compatible launchers like Nova and Action. Nova will also let users assign shorcuts to gestures like swiping the icon. These App Shortcuts can be dragged to become independent shortcuts on your home screen. While that’s a good thing, the redundancy of these shortcuts would make no one give a dedicated space on their screen. In any case, this feature is still being tested, and we presume that WhatsApp will fine-tune it, possible get pinned and frequent chats as shortcuts, rather than just random ones, and think of some clever way to make launcher App Shortcuts really useful.

To download the latest WhatsApp beta for Android version, sign up for the Android Beta Program on Google Play, or you can alternatively download the APK Mirror here.

As of now, WhatsApp already offers native widgets and shortcuts for the home screen, so you can set the camera as a separate shortcut icon, or a favourite person as well. That person’s display picture will show up as an icon logo, instead of an ugly star that is showing up in this launcher app beta feature.