This WhatsApp feature was spotted in the latest Android beta version 2.19.348. Users can now choose how long new messages will last. 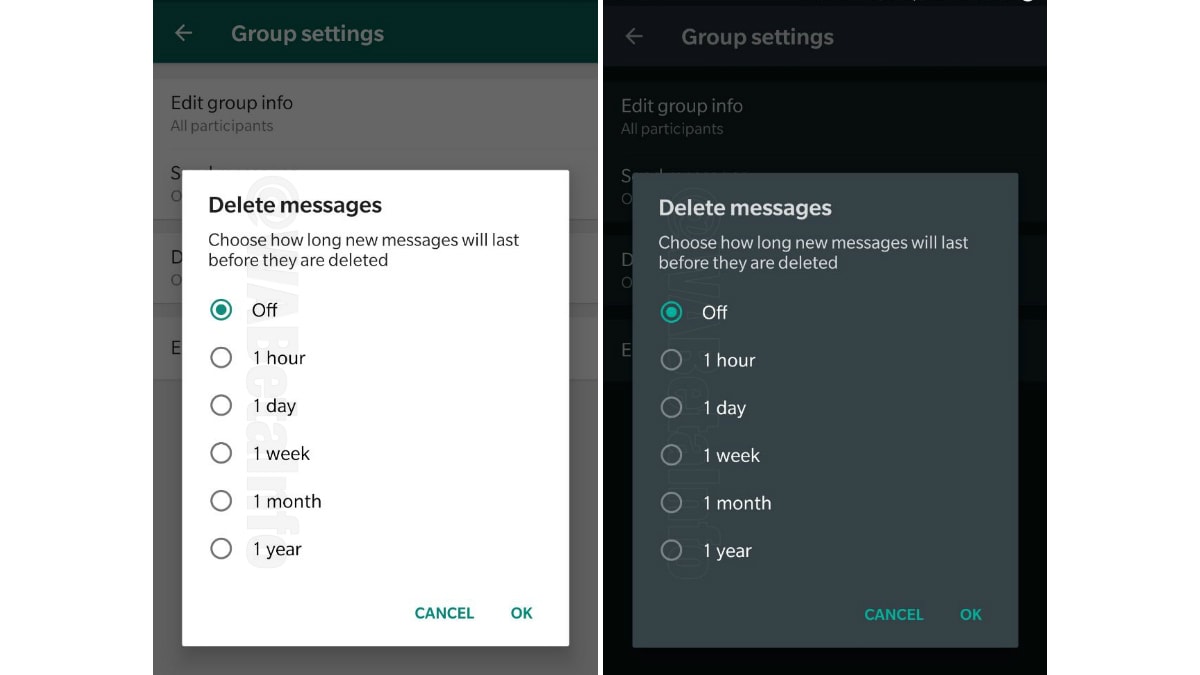 WhatsApp for Android gets a new beta update

WhatsApp is working on an important new feature that may change the way the chat service is used. WhatsApp has released a new Android beta update, and this version is said to show the company restarting work on a previously reported feature. This feature, earlier called Disappearing Messages, allowed users to delete their messages automatically after a stipulated period of time. This feature has now been renamed to Delete Messages in the latest beta, and it has been implemented in the Dark Mode as well, which is also under development. The Delete Messages feature is also under development, therefore you won't be able to see it even after you update to the latest beta version.

The latest Android beta from WhatsApp carries the version number 2.19.348. The update can be installed via Google Play beta programme, or can alternatively be side loaded using an APK from APK Mirror. In this beta update, the Disappearing Messages feature reportedly sees its name change to Delete Messages. The feature is available in Contact Info or Group Settings and can be enabled by administrators only. As mentioned, this feature is still under development, so users won't be able to see it even after updating to the latest beta.

The WhatsApp Delete Messages feature brings the ability to choose how long new messages will last, before they are deleted. Options include one hour, one day, one week, one month, and one year. These options could change when the feature rolls out in the stable version. Furthermore, this Delete Messages feature has also been implemented in Dark Mode as well. To recall, Dark Mode is also under development, and the latest feature was first spotted by WhatsApp features tracker WABetaInfo.

As is the norm with all features spotting, there is no word on when this feature will be enabled for beta users, or when it will roll out in the stable version.