WhatsApp is working on an Account Transfer feature, wherein users will be able register their WhatsApp account on a new Android device without giving their credentials. 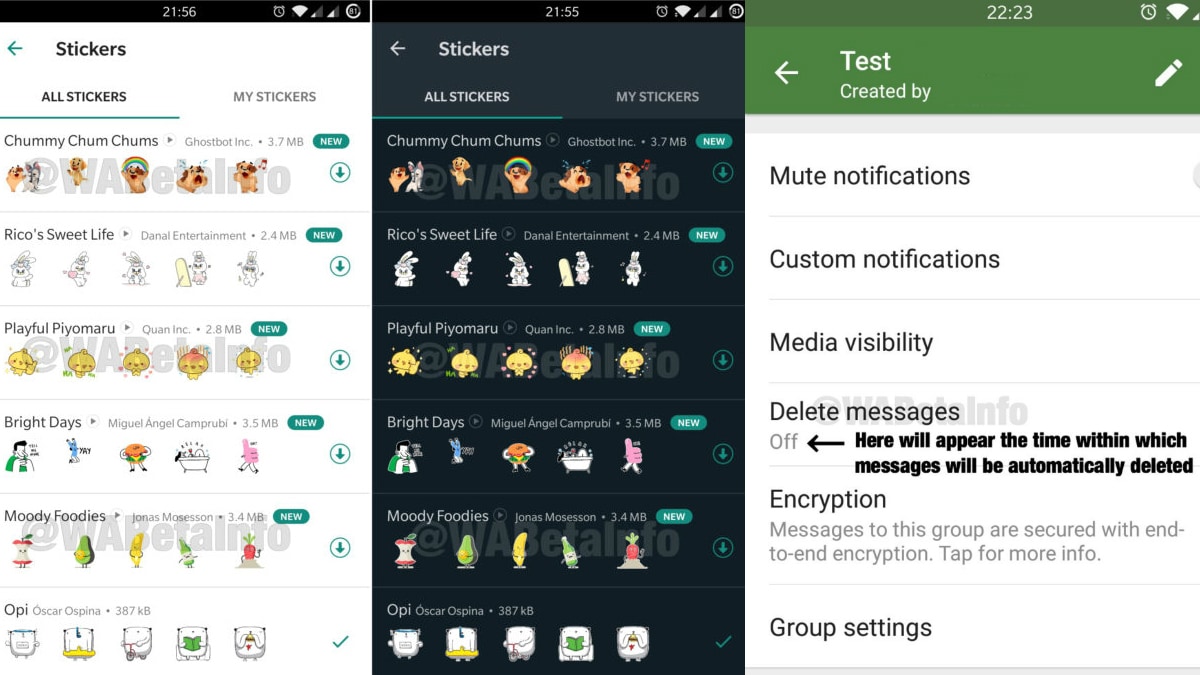 WhatsApp has started rolling out the new Android beta version 2.20.14 for testers, and this update has been torn down by noted features tracker WABetaInfo to see if there are any work in progress features. The tracker discovered that the company is making improvements to the upcoming animated stickers feature, and is working on tweaks surrounding the anticipated Delete Messages feature. Finally, WhatsApp recently introduced a new feature for iOS users, wherein they can register their WhatsApp account on a new iPhone device without asking credentials, if iCloud Keychain is enabled. The latest beta code suggests that WhatsApp is working on a similar feature for Android as well.

The latest WhatsApp beta version 2.20.14 for Android brings to light a host of new tweaks. WABetaInfo uncovers that the company is continuing its work on the animated stickers feature. In this update, WhatsApp has added a small play icon next to the packs that are animated to enable the user to differentiate between non-animated and animated packs. This feature is still under development and hasn't been enabled yet for testing. Because of this, you may not see it even if you are on the latest beta.

Furthermore, the Delete Messages feature that has been reported about before is still being improved upon in this update as well. The beta version 2.20.14 adds a hidden improvement that shows the state of the feature i.e., whether it is off or not. If it set at a time interval, then that time slot will be shown. To recall, the Delete Messages feature looks to enable users to automatically remove messages in a chat after a certain amount of time. This feature is reported to work as sort of a cleaning tool for group chats. Only admins can enable or disable it, and ascertain the time frame as to when the messages should be deleted. This feature hasn't been enabled for testing either.

Lastly, WhatsApp has been spotted to be working on a feature called Account Transfer. This feature will let you register your WhatsApp on your new Android device, without asking for credentials. According to the tracker, this feature uses official Google APIs that allow to transfer your WhatsApp data on another device without the need for a new registration. WABetaInfo notes that there isn't an option in WhatsApp that allows managing this feature, and it should be enabled automatically as and when WhatsApp decides to make it commercial. There's little details about this feature and how it plans to work, as of yet.